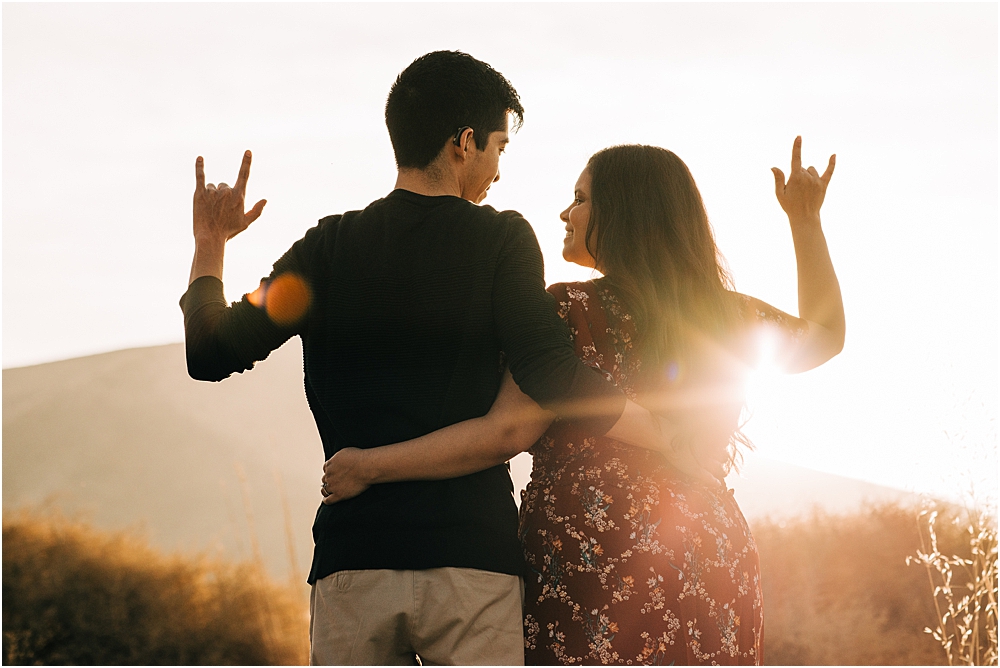 Love is expressed in many different ways.

SarangQuiero means love-love. It might sound funny at first, but I promise, it’s such a beautiful mix of words!

“I love you” in Korean: 사랑해 (pronounced: saranghae)

“I love you” in Spanish: Te Quiero

“I love you” in ASL. (Click the link for a tutorial or look above at Thalia & John’s example!)

Sarang-Quiero is Thalia & John’s special way to say “I love you” using their perspective languages. 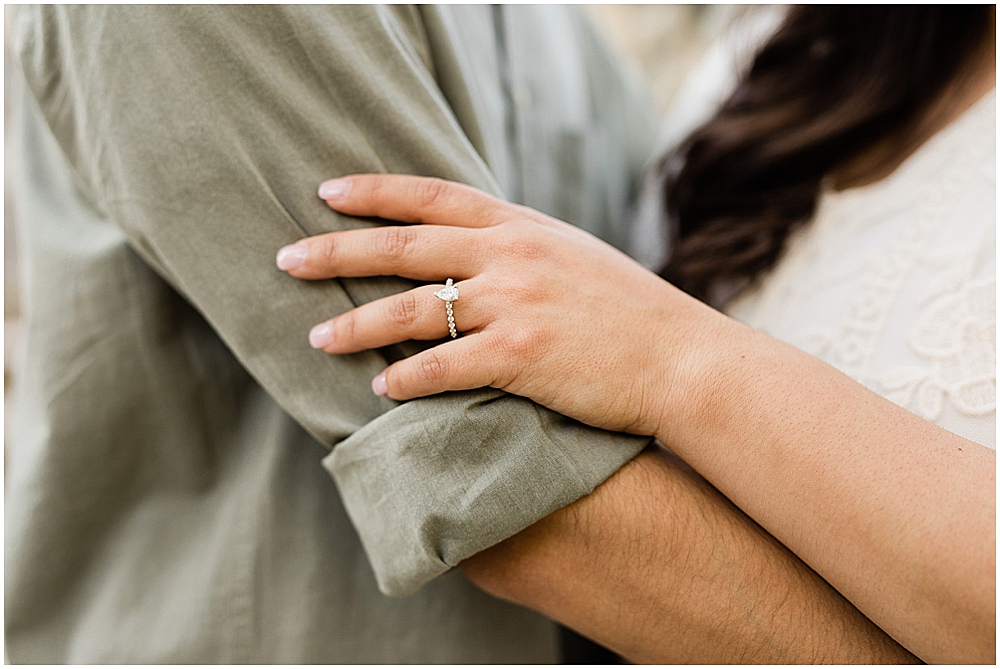 When I first met Thalia & John I was so moved by the way they genuinely care for each other. As I listened to their love story, I couldn’t help but smile the biggest smile and I’m pretty sure if heart eyes were real, they would have been thumping out of my eyeballs!

Another thing that really stood out to me was their love for their culture. I love, love, LOVE culture and am always so intrigued and enamored with the various ways we express love. Culture is such an important part of our lives and I love when mixed couples bring their variety of cultures together to create the most beautiful fusion.

Are you ready to hear the sweetest love story?? 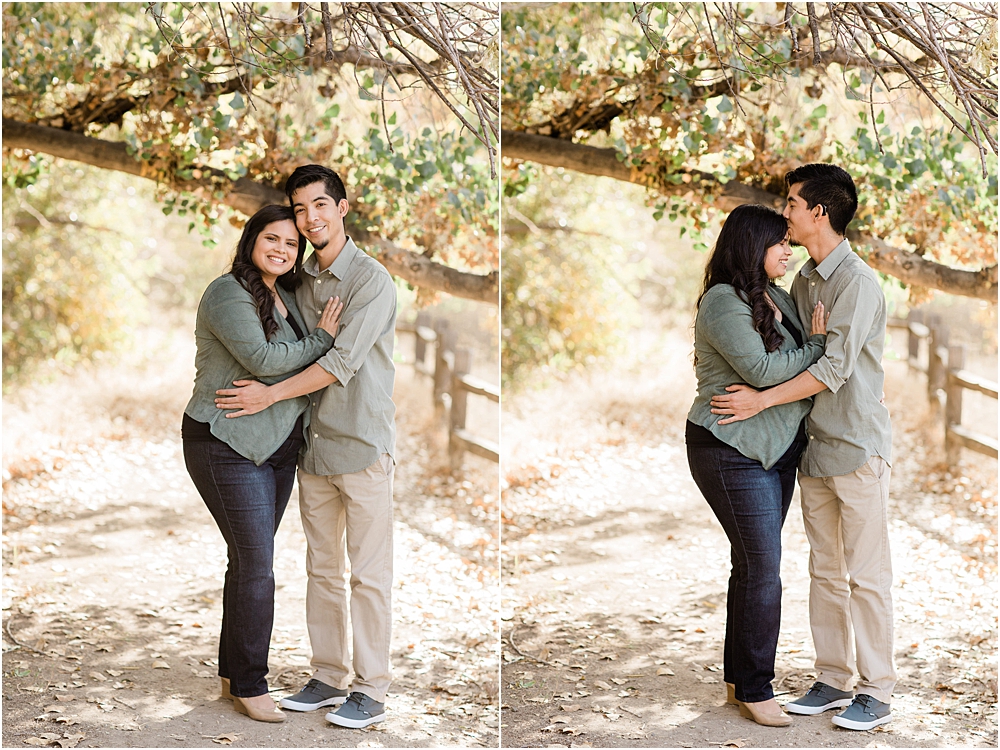 We met at the Lighthouse dorm at CSUN in August 2011 as Deaf Studies majors. Before meeting Thalia for the first time, I was catching up with my roommate who I hadn’t seen since the previous semester. While talking, he mentioned we should visit a friend who lived above us (I lived in room 202). We stopped by 302 and started to socialize.

While we were visiting, out of the corner of my eye, I thought I saw Selena Gomez walk into the living room smiling. I’m not gonna lie, that smile was unforgettable. Along with her smile, I thought she was cute and had a serene energy about her.

A couple months went by and I finally had the courage to ask her out. I’m happy I took the chance and would do it again in a heartbeat. 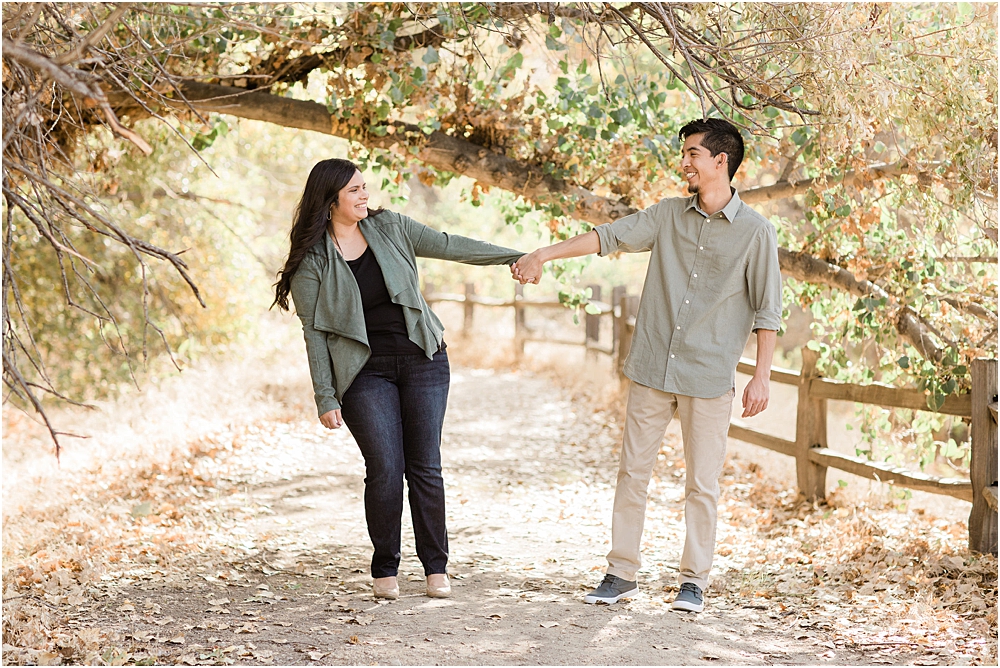 We were both students at Cal State Northridge. I had just transferred from Bakersfield College, so I didn’t know anyone. I had just started taking American Sign Language (ASL) classes. I moved into the Lighthouse dorms which were meant for those who were Deaf or hard of hearing or for those who could communicate in ASL. He and his roommates stopped by to catch up with one of my roommates that they knew from the previous year. At first, I didn’t think anything about our encounter besides that he seemed like a nice guy. Through a couple months of hanging out as friends, I found out by his not-so-subtle roommates that he liked me, so I decided to give him a chance. I’m glad I did! 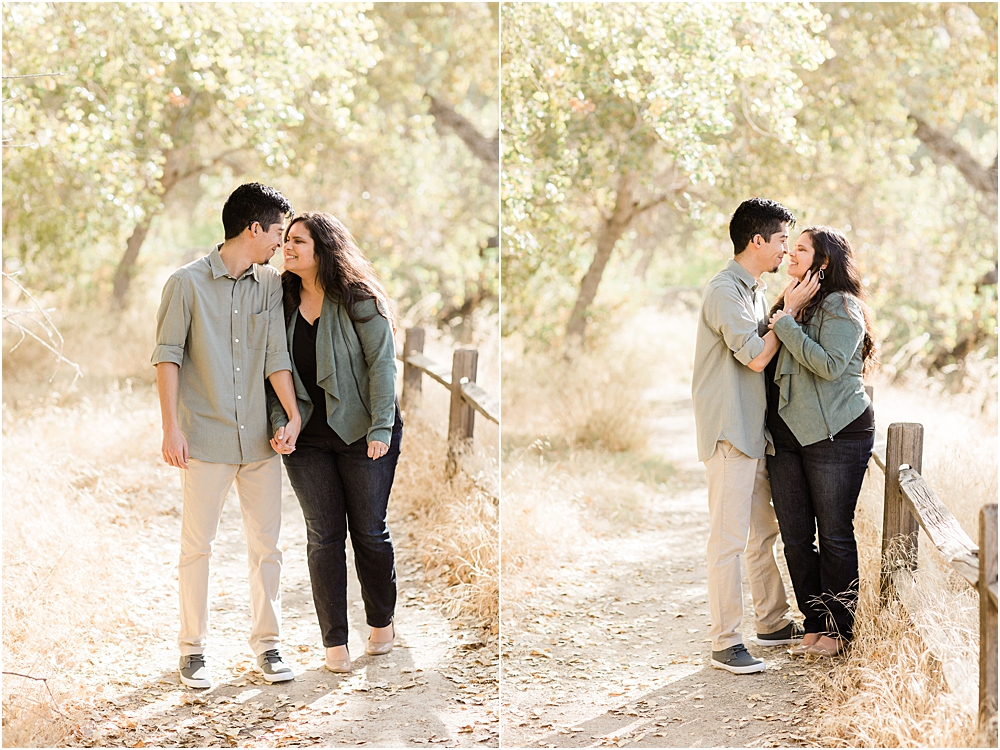 … little miss Luna had to join in on the engagement session fun! 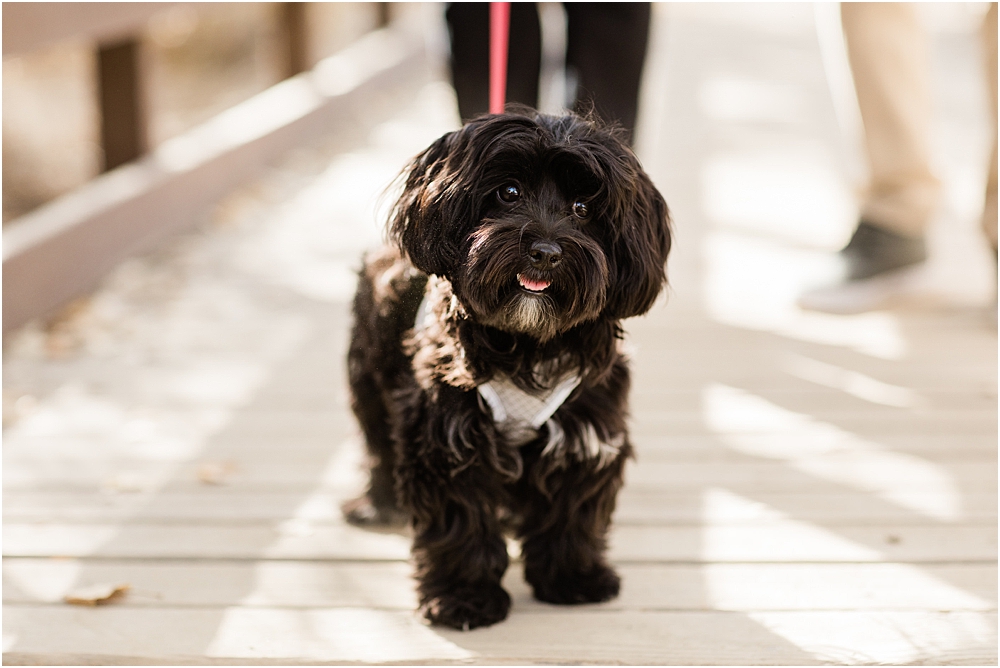 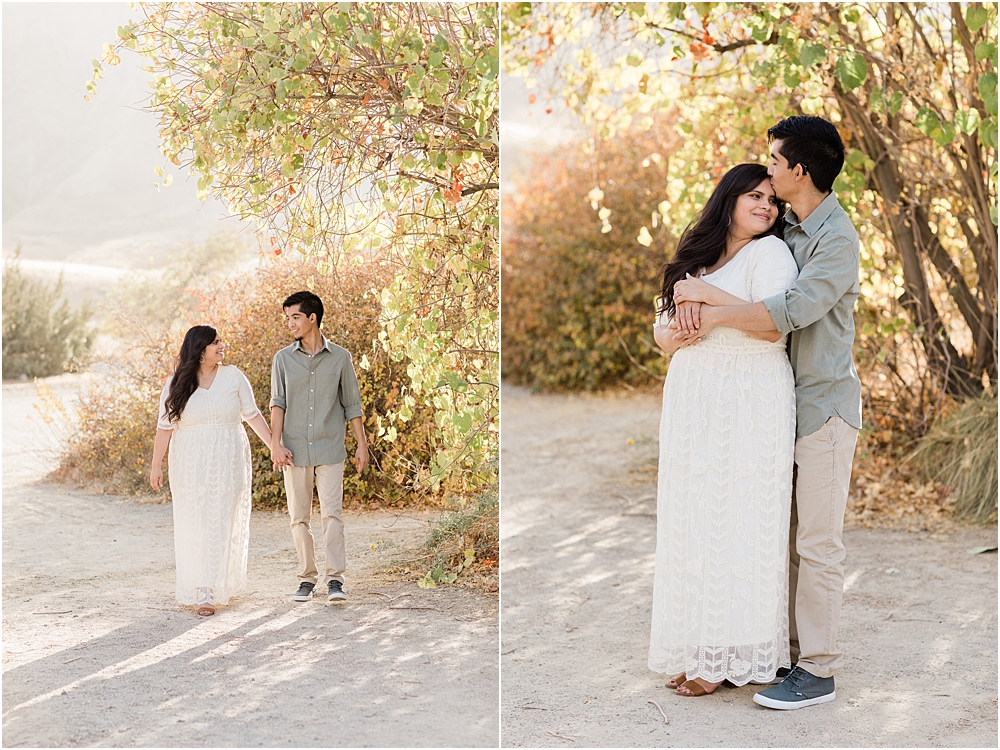 Tell us about the proposal:

I literally called this Operation Peaking Wolves because it was centered on proposing to Thalia on the peak of Wind Wolves Preserve on January 1, 2017. Sadly, the plan fell through due to a conflict with another event, so I dropped it altogether and waited for the next opportunity.

Silent Weekend is a full ASL immersion experience using only ASL. This was now-or-wait for yet another opportunity (after 3 failed) proposal attempts.

The night before we were set to leave, Thalia left the room so I took that opportunity to grab all of her friends and share my plan. Smiles, hugs, and tears were shared until Thalia came into the room and we all played it off cooly before calling it a night. I couldn’t sleep because I was literally a bundle of nerves with excited energy.

The morning came and everyone was ready. As we’ve done every year, we took time to take pictures with everyone to memorialize the fun weekend. Ready with the ring in my pocket and lines rehearsed the night before, everyone moved away from Thalia which left her alone and confused. Before she turned around, I got down on one knee and smiled at her. As she turned around, our eyes met and time stood still. Seconds felt like an eternity and I didn’t want it to end. My nervousness got the best of me and I forgot the lines I’d carefully prepared the night before!

All I remember saying was, “I cannot imagine my life without you…will you marry me?”

Being a jokester, she trolled me and said no but then very quickly and happily said “YES!” 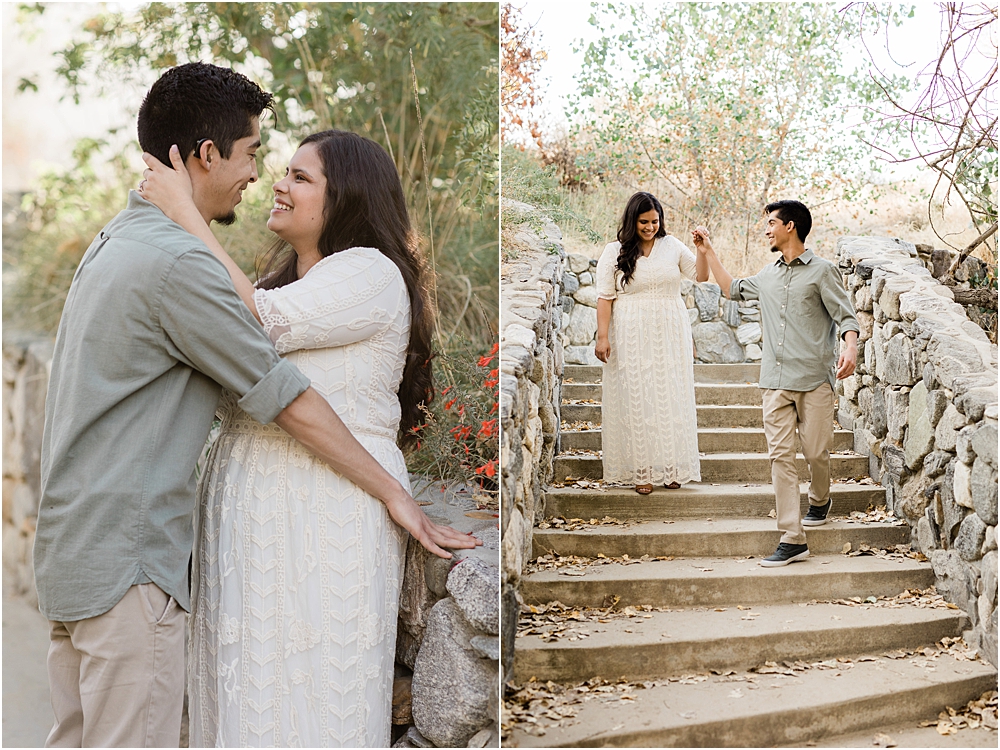 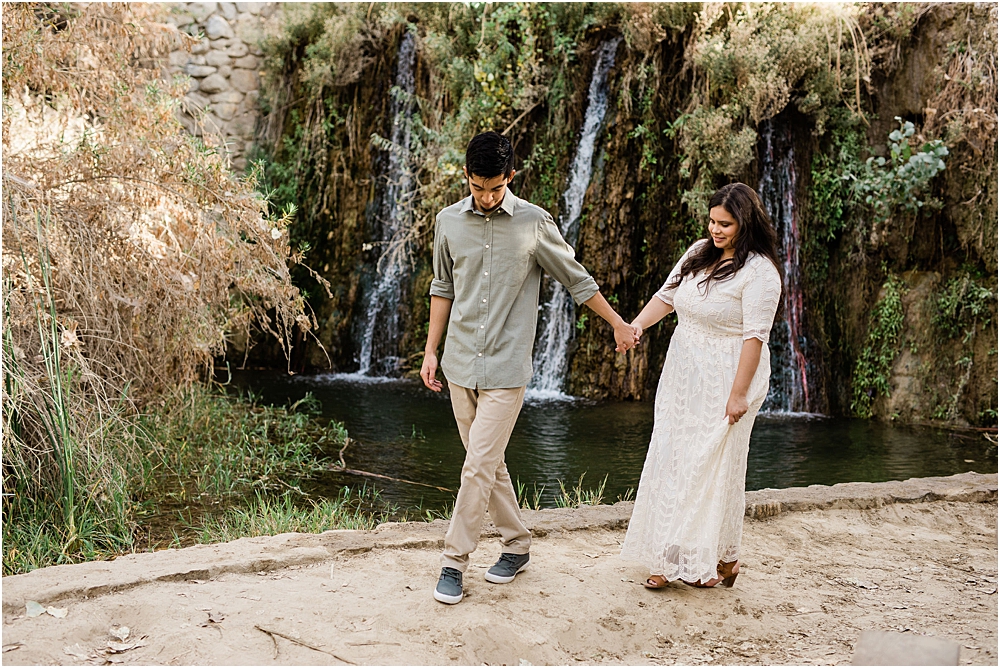 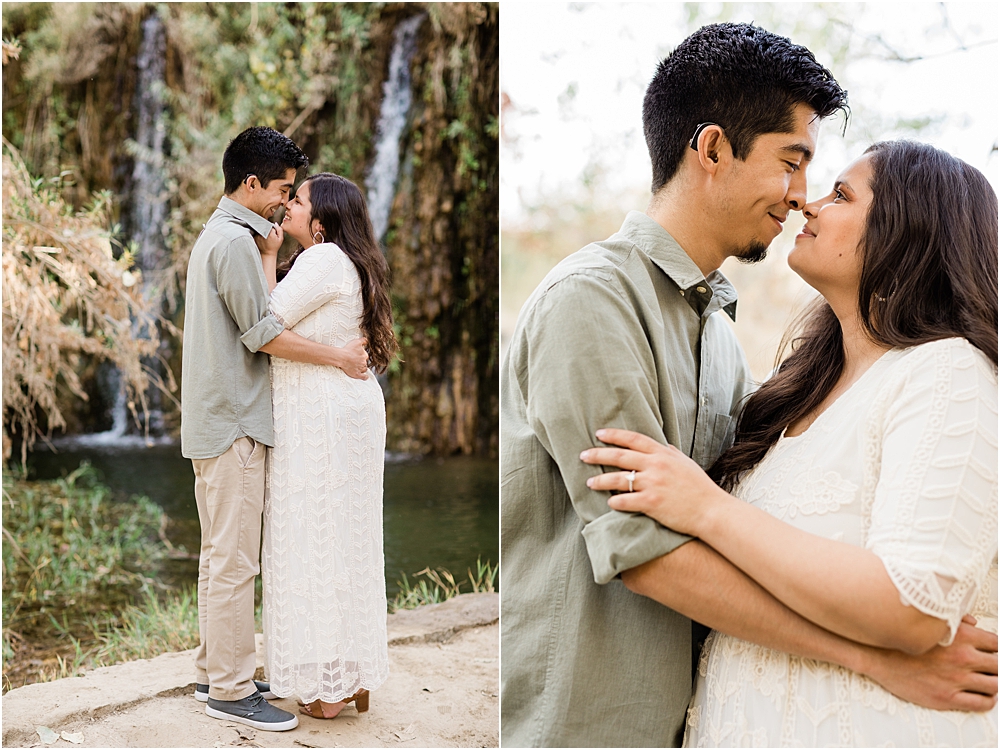 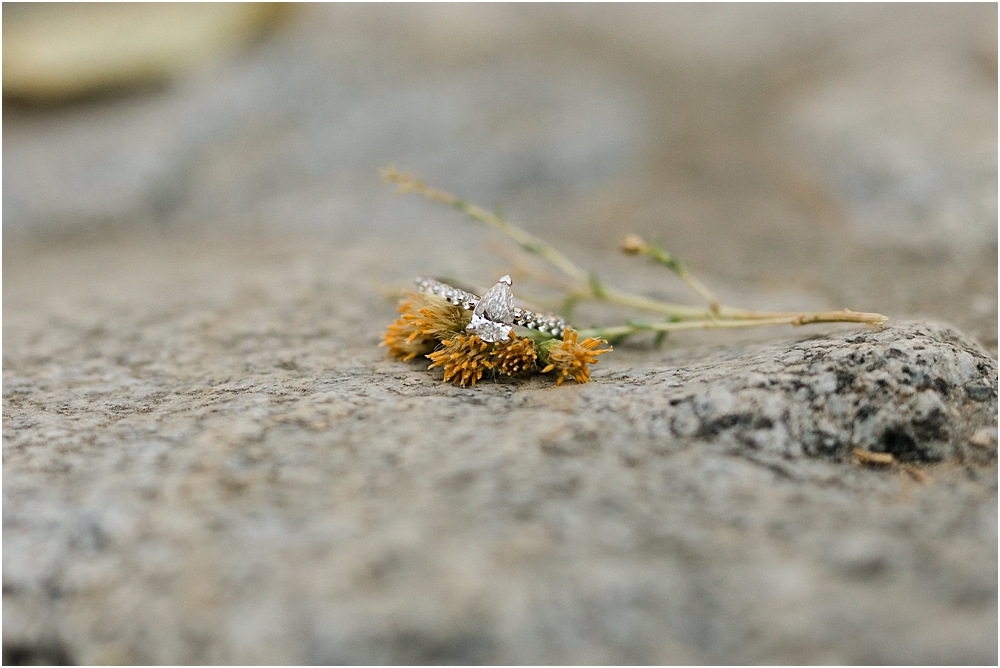 Why did you choose this location for your engagement session?

We chose Wind Wolves Preserve for our engagement session because it was the spot where John was initially going to propose. It was also special to us because we had gone on a few hikes there in the past and we both felt at peace when we were there.

At first, we were very nervous about how the session would go. We were nervous since we’re both pretty awkward in general, but more-so in front of the camera.

Marsha has a very calm demeanor which made us feel more at ease and comfortable posing throughout the session.

We were really happy and taken aback by her talent. We didn’t know we could look that good! 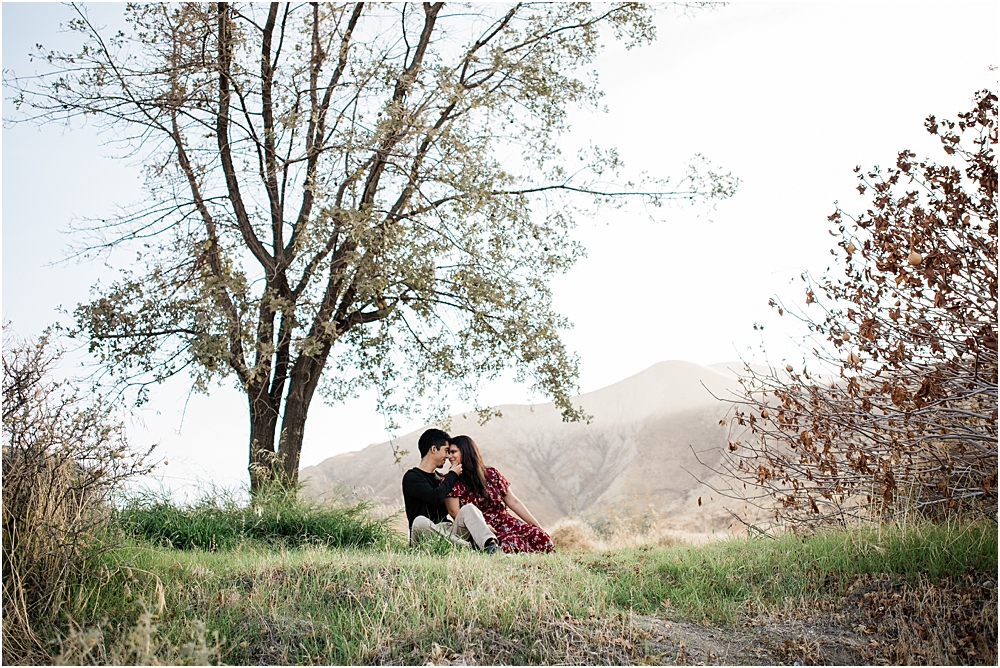 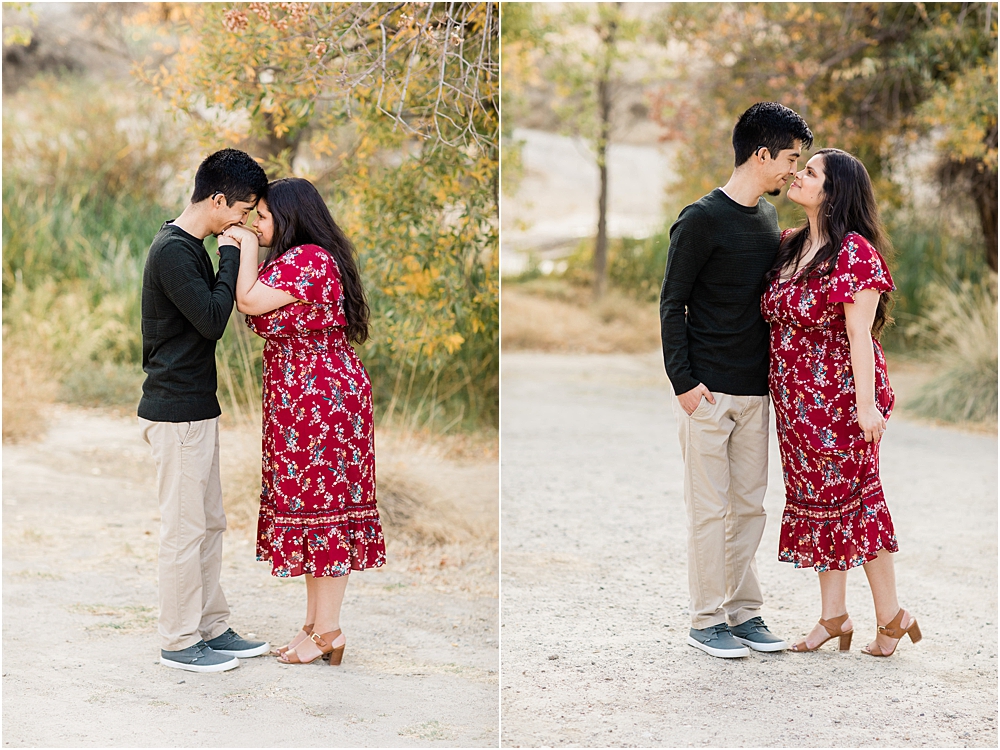 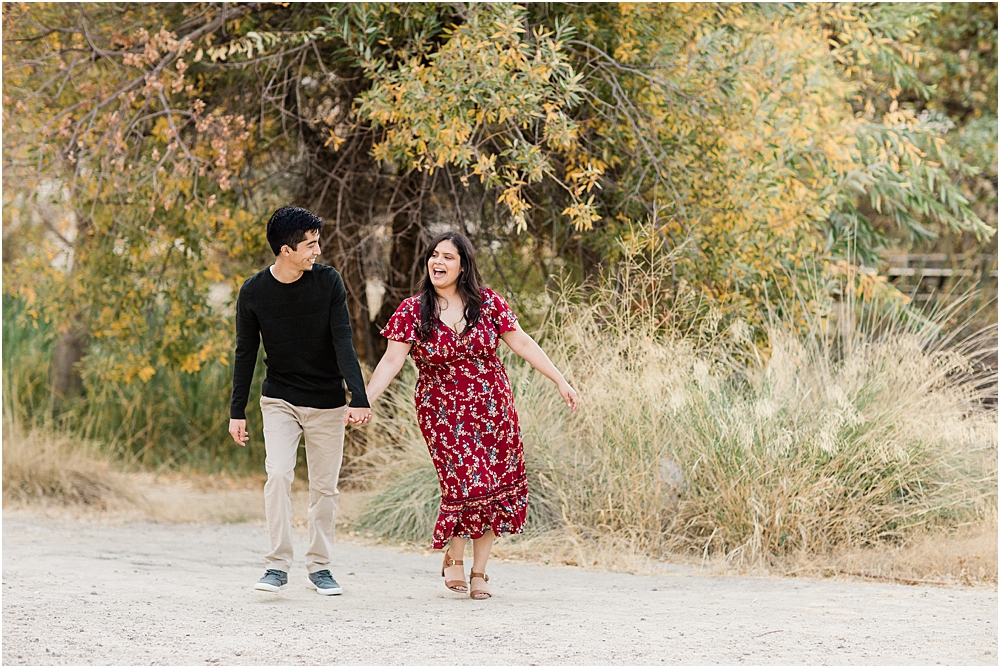 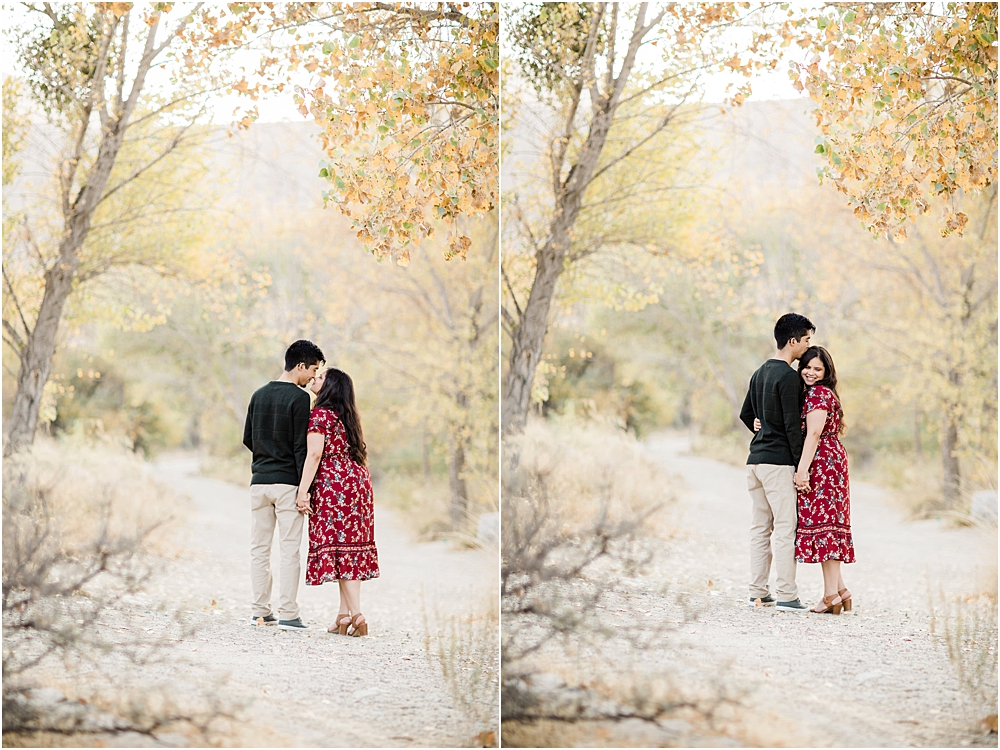 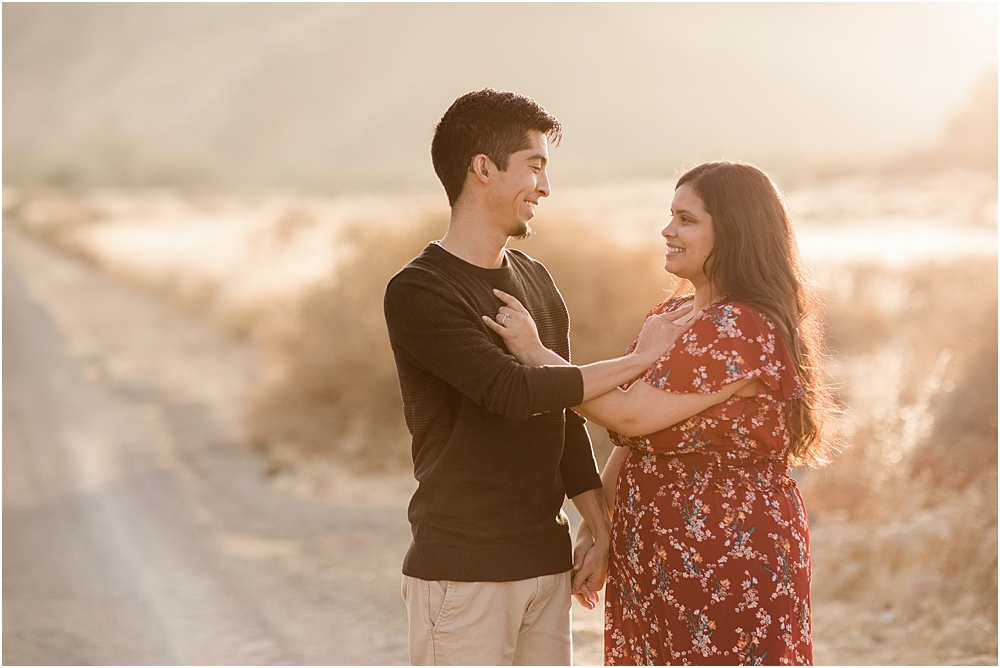 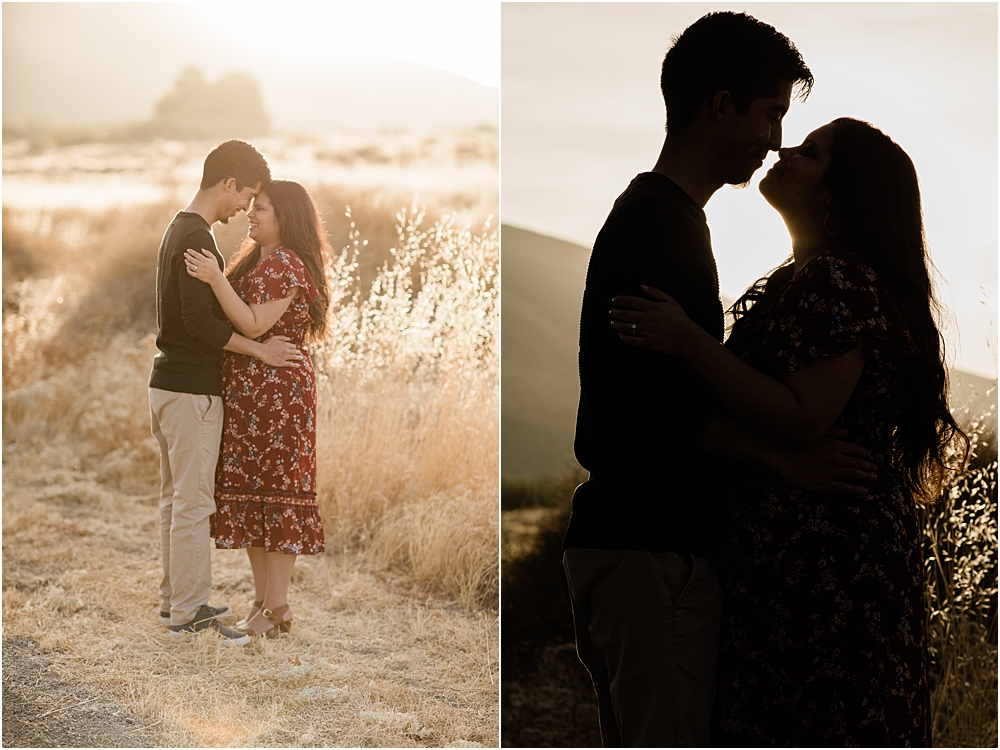 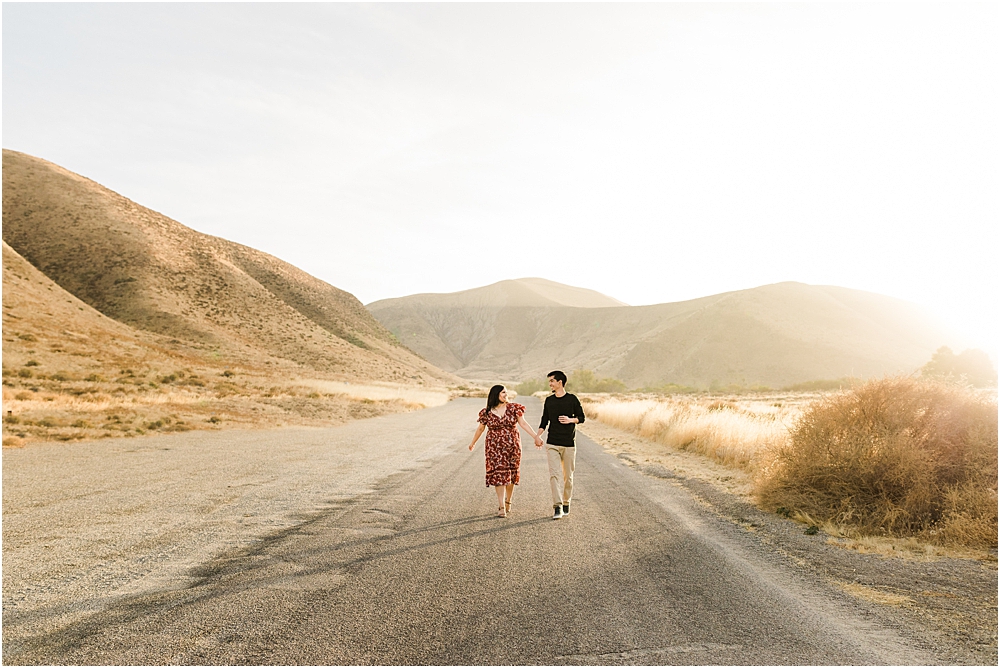 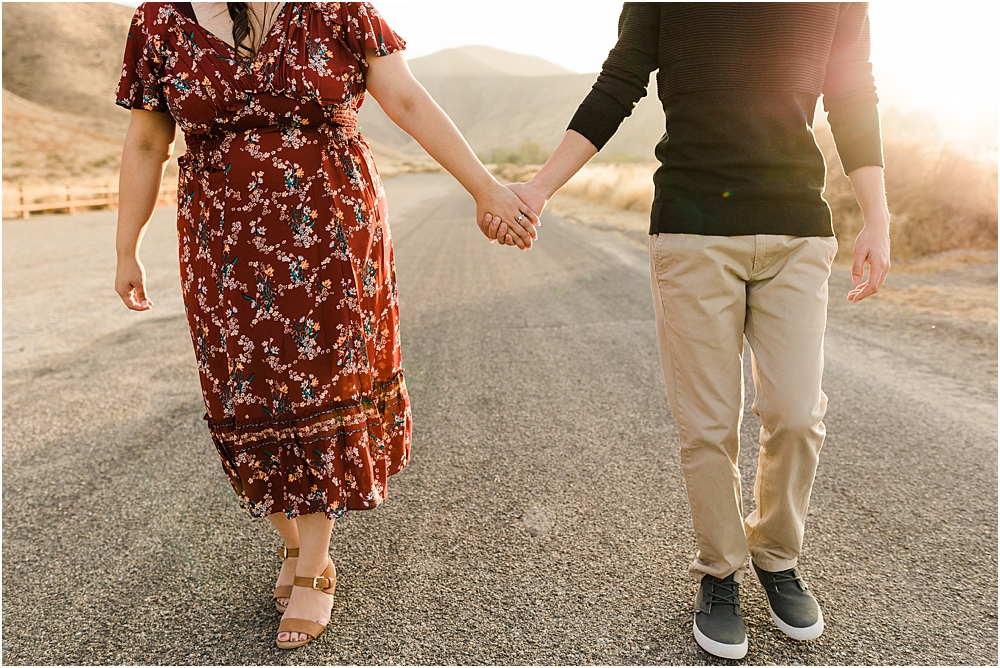 At the end of the session, I always show my couples a back of camera sneak peek and then ask if there they have any other ideas or requests before we call it a wrap. Thalia and John looked at each other and quietly asked if they could have just one more… they wanted a photo with ME!

I almost cried! I was so touched. I’ve never had someone request to wrap up their shoot with a group photo.

Thank you, Thalia & John for such an incredible experience! 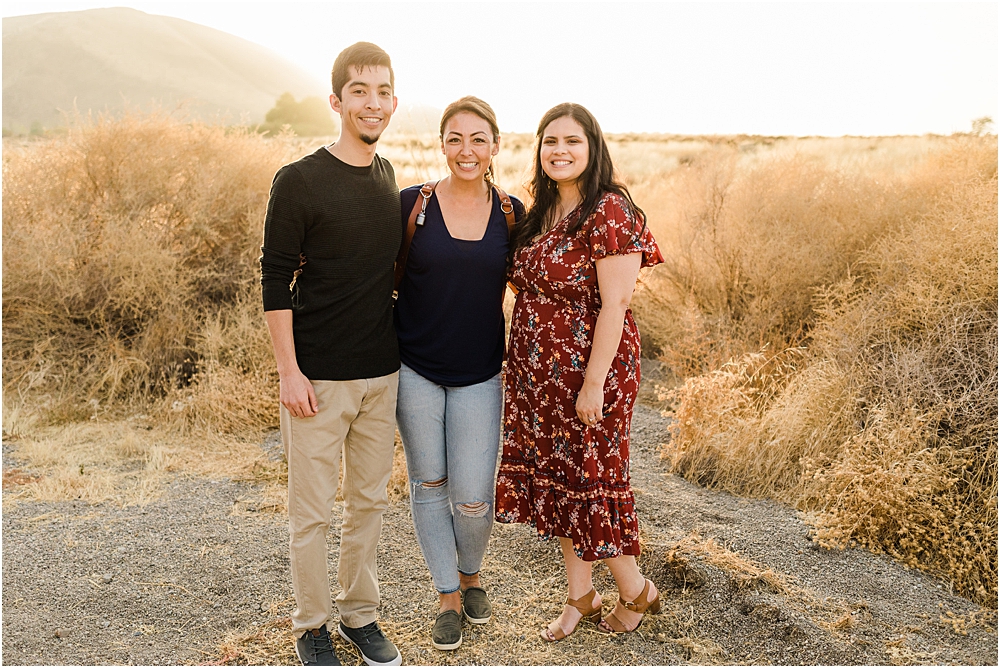 “The last few months have been a rollercoaster due to the global pandemic we are experiencing. We have had to postpone our wedding twice. Outside of our family, Marsha has been a continuous beacon of support. She really does care about each and every one of her couples. We are forever grateful to her and cannot wait to be able to celebrate our wedding with her.” 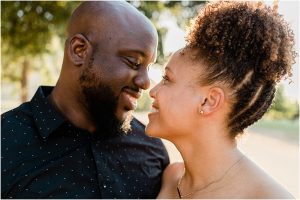 He Slid into her DMs, Hart Park Family Engagement Session 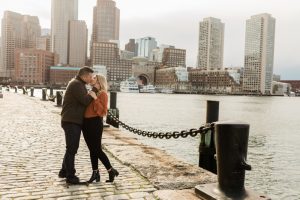