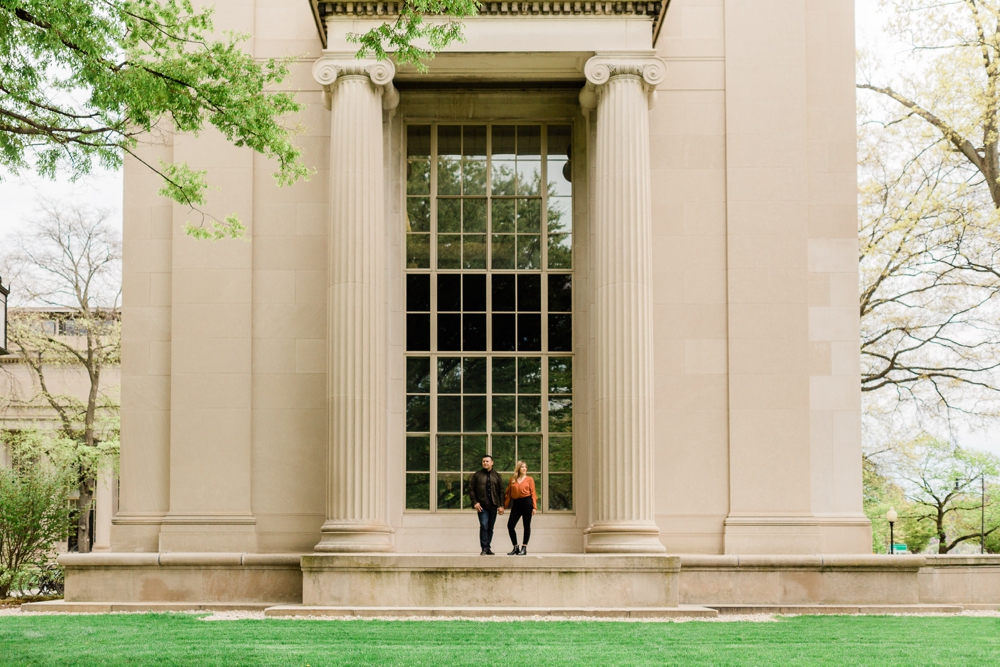 Pull up your seat and get ready to read all about how Kristy & Steve fell in love with each other and all of the beauty of the East Coast. 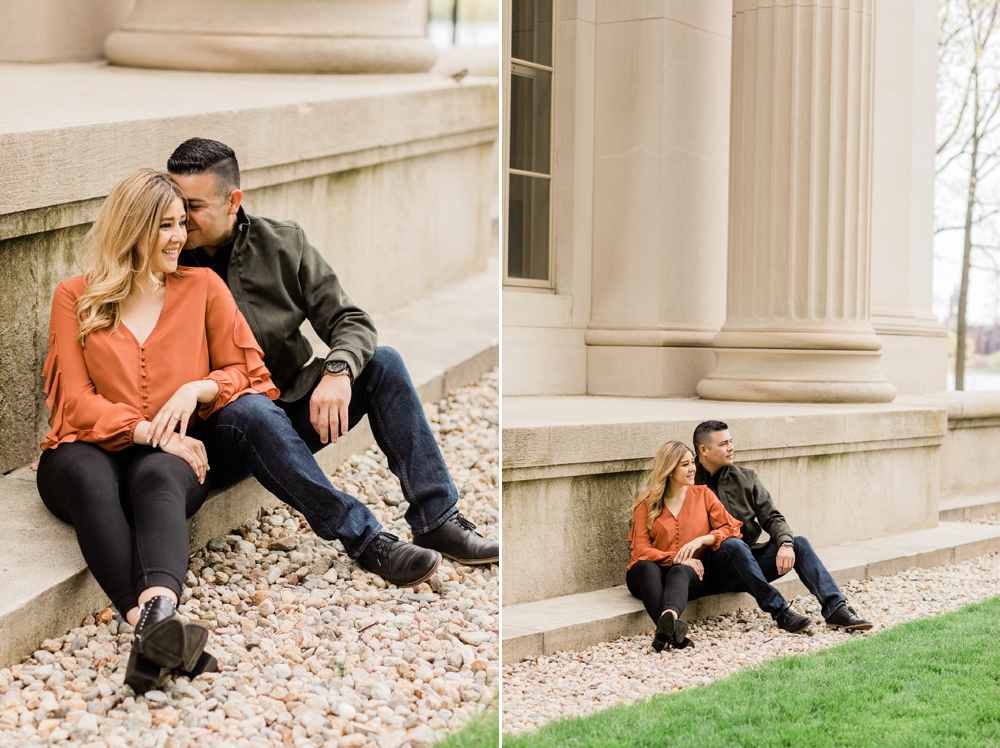 With sprawling lawns, interesting art installations and the proximity to the Charles River, it’s no wonder this is a must see on your visit to MA!

I flew back home for the holidays and met Kristy while she was volunteering at the Holiday Cottage. I went in to donate a Christmas present for our local foster kids and was greeted by her at the front desk. What caught my eye when I first walked in was how pretty she was, but then as we talked, I saw the genuine love she has for the local youth and her desire to help the less fortunate. We had a great chat, stayed longer than previously planned, found out we had a lot of mutual friends, and started talking daily ever since. 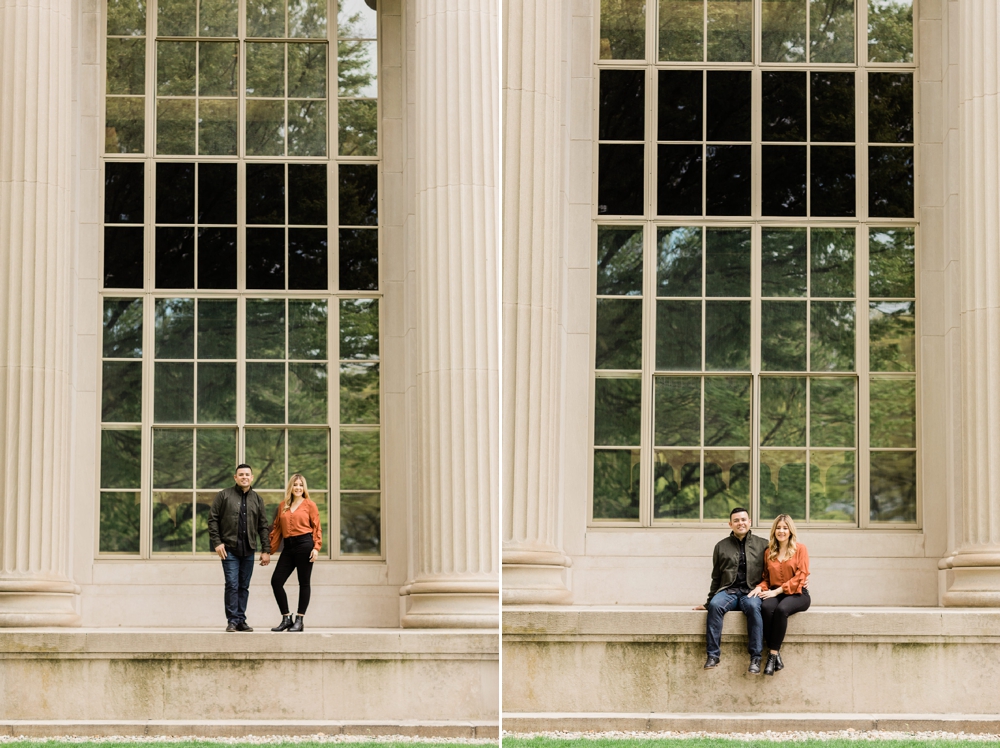 Every year, my job puts on an event called the Holiday Cottage. The cottage is is an opportunity for community members to choose a local foster child’s Christmas wish to fulfill. This event is dear to my heart as I have been a Child Welfare Social Worker for many years. But this specific year was a little different. I was working the front desk, it was a rainy winter day and a very slow day for the cottage. Steve walked in and I couldn’t help but notice his gentleman demeanor. We spoke about the organization and its purpose.

One conversation lead to the next and the next thing you know, hours later, we were still chatting.

He was in town only for the holidays and we took advantage of that time. He invited me to dinner after my shift and although I was hesitant, it felt so natural to say yes. (After all we did have so many mutual friends, it literally felt like we had known each other for so long.)

The next day he was scheduled to fly back home to the east coast. We met up for a walk in the park before he left. I wasn’t sure where it would lead since he was across the coast but we continued to make it work, day by day, we never lost communication. We both had a passion for traveling and shortly after, we started traveling to see each other. We saw each other at least monthly, he would fly home or I would go see him and occasionally we would meet at a new location and explore. 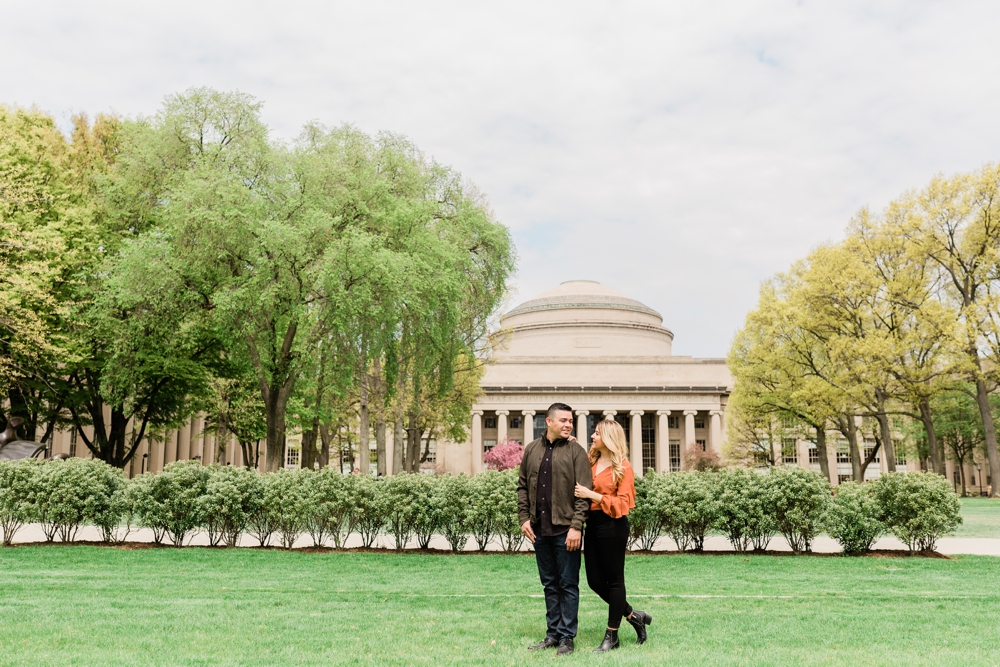 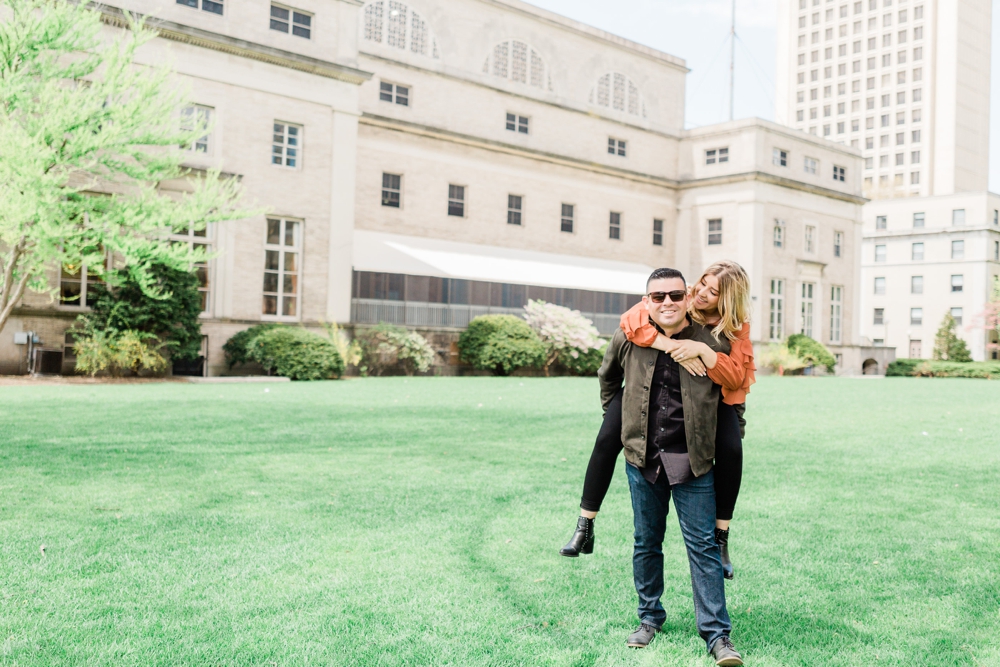 Tell us about the proposal:

After 18 months of our long distance relationship, I planned a summer getaway for her and her family to come over to Connecticut for an east coast tour. They arrived a day before the 4th of July.

Our first and most important stop was Boston so that they could witness the Boston Fireworks show by the MIT lawn overlooking the Charles River.

Kristy and her family had no idea I was going to pop the question that day.

I had a fellow coworker near by saving us a spot overlooking the fireworks with camera on hand. During the 45 minute firework show I guided Kristy and her family to the prime viewing spot. I handed Kristy some sparklers and a set of matches. Inside the box it contained a question and two matches one saying yes and another saying no. I got on one knee and took out the ring. We were surrounded by thousands of people with flashes coming from all directions but it felt like it was just the two of us and the fireworks at that moment. 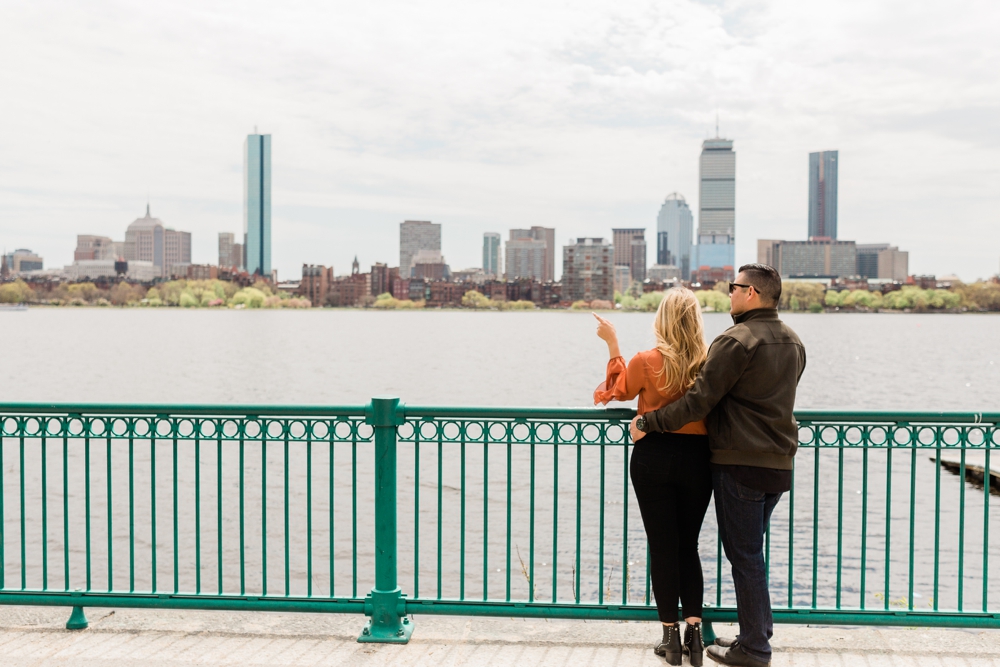 The Charles River hosts the most spectacular 4th of July celebration called “Boston Pops” . It was at this show that Steve POPPED the question to the love his life! We had to go back to the scene and re-enact the moment! 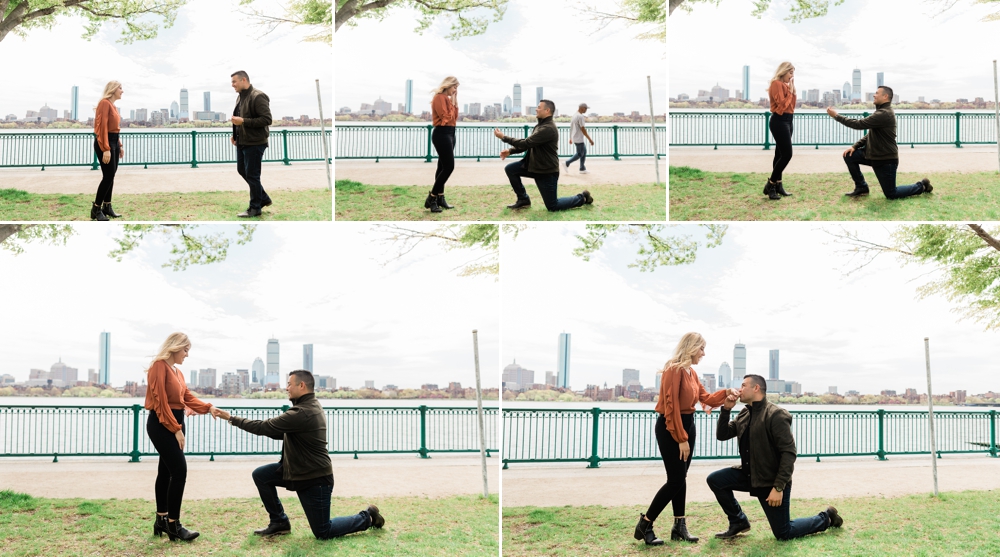 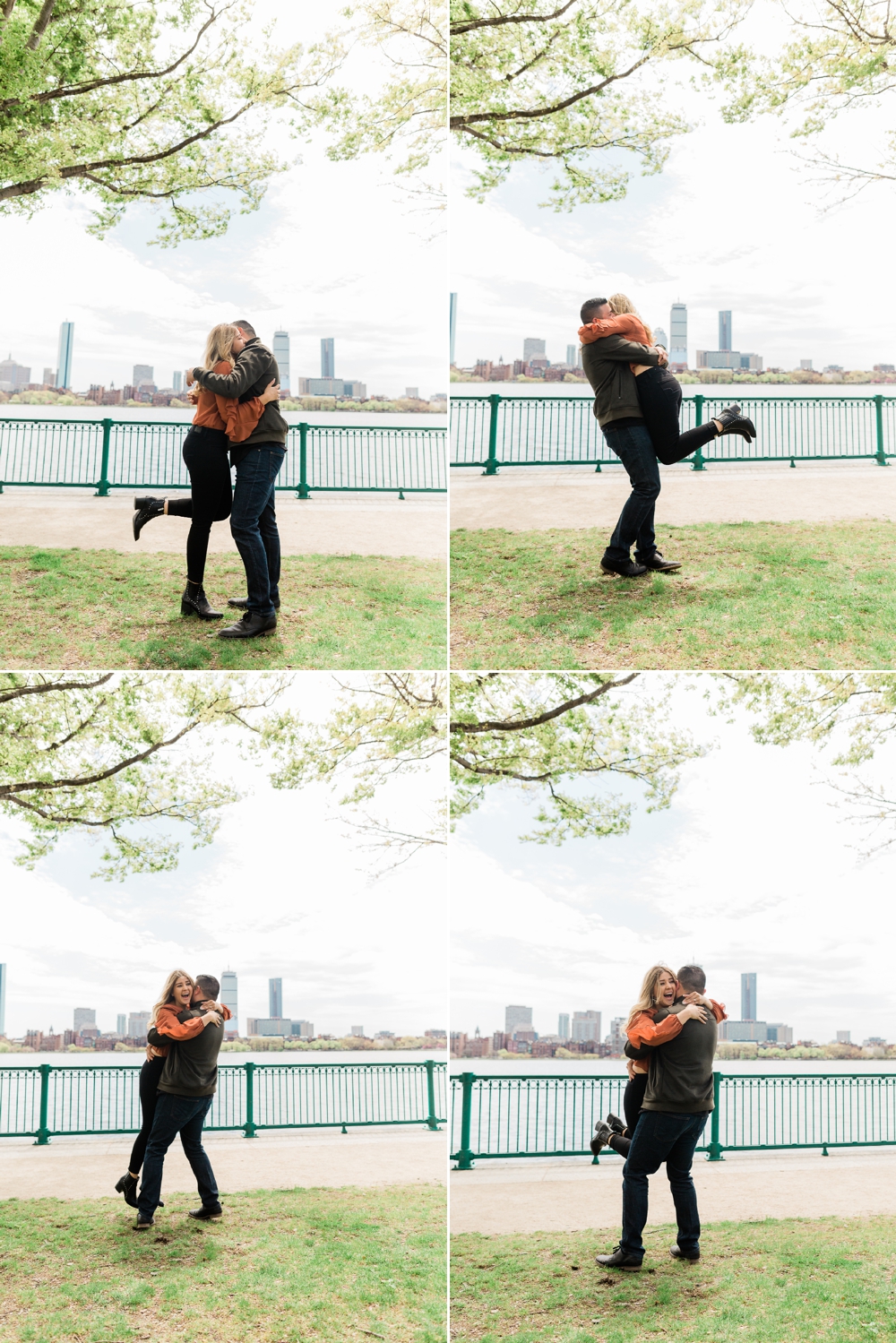 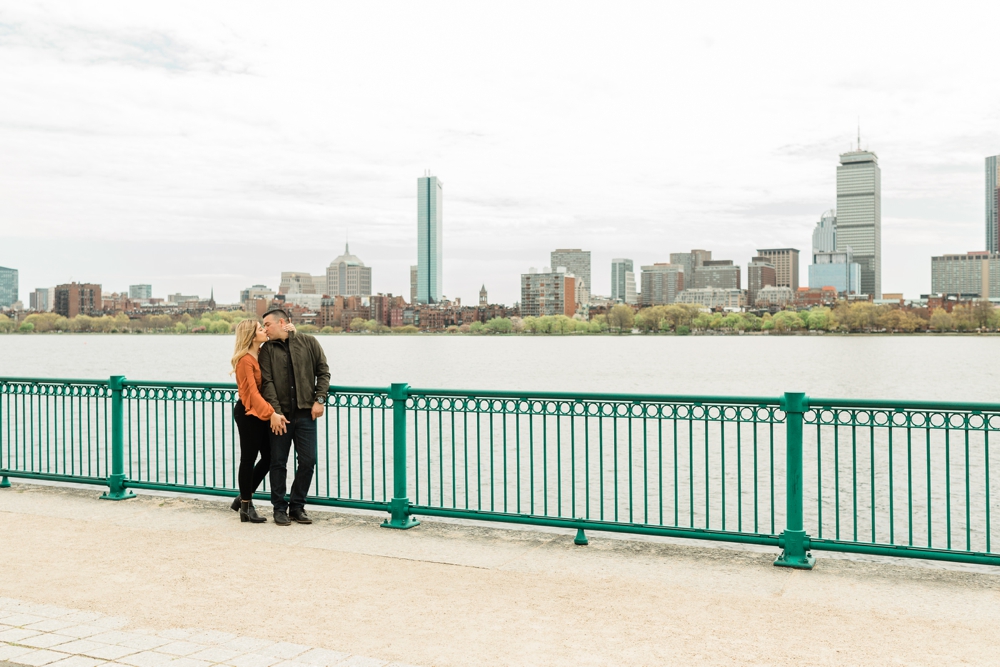 How did you choose your engagement session location?

During my time on the East Coast, I walked and ran countless miles exploring all of Connecticut, Boston, and New York, seeing things I had never imagined being able to see or experience.

I always felt that one day when I met “the One”,  I wanted to bring her back to show her all the beautiful places and views that I got to experience on my own. Mental snapshots were kept of all those worthy places.

When I finally met Kristy, she came to visit me frequently in CT. Each time she came I would show her a few of those special places. I walked her through the Bostonian stone roads, the colorful forests in CT during the fall, and beautiful Central Park in NYC.

When I proposed to Kristy and had to pick a location for our engagement session, I knew we had to go back to where it all began. 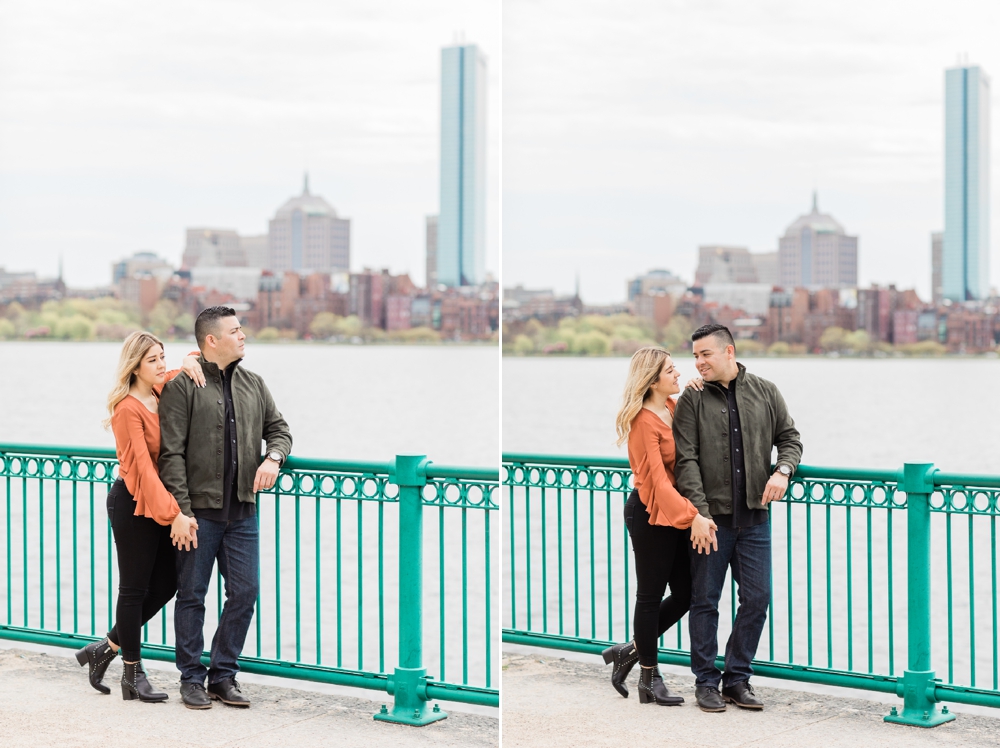 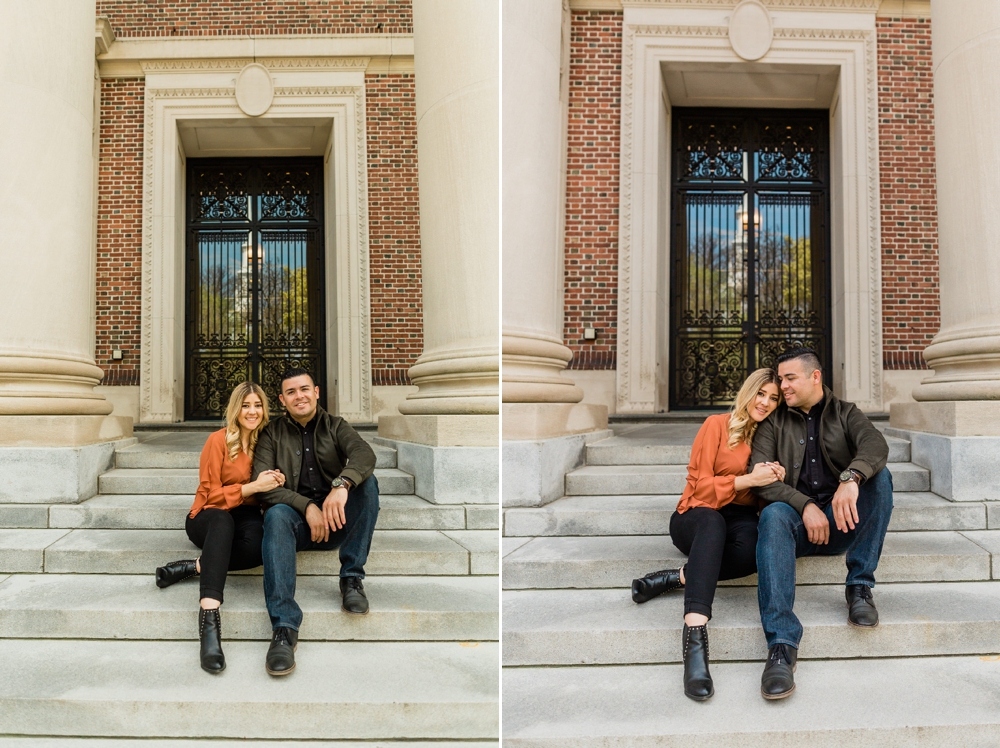 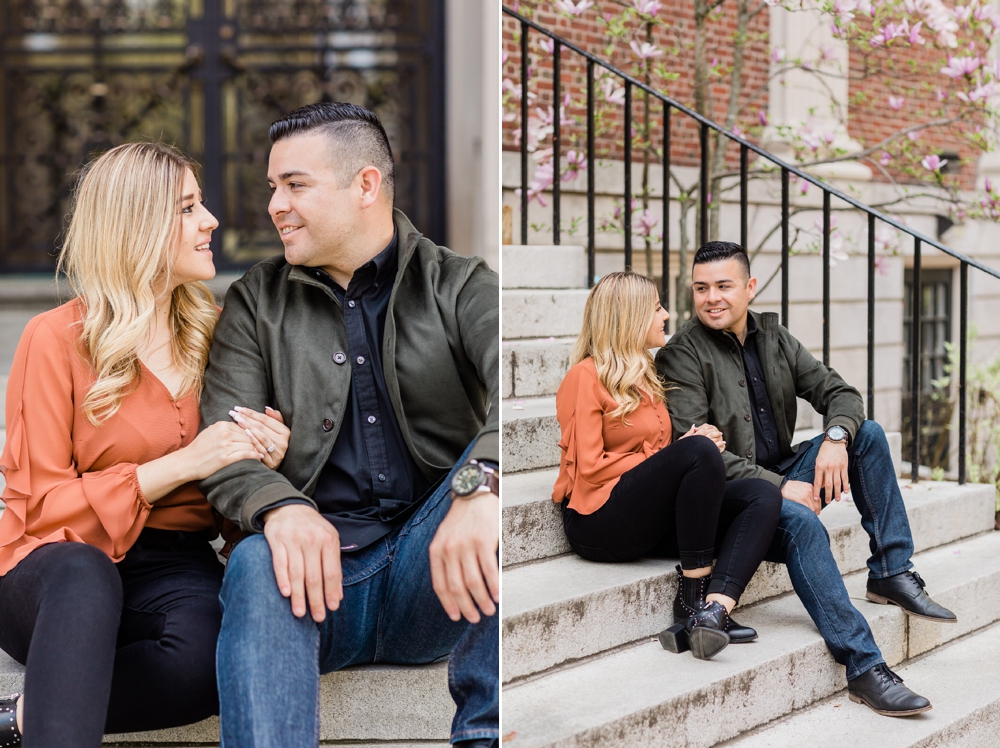 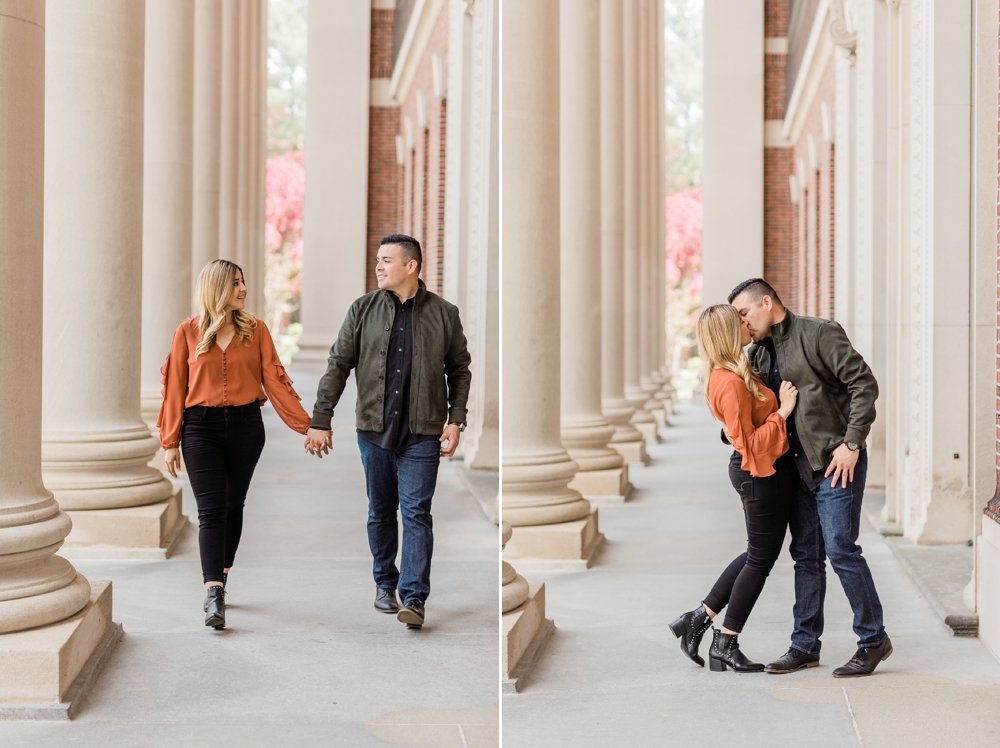 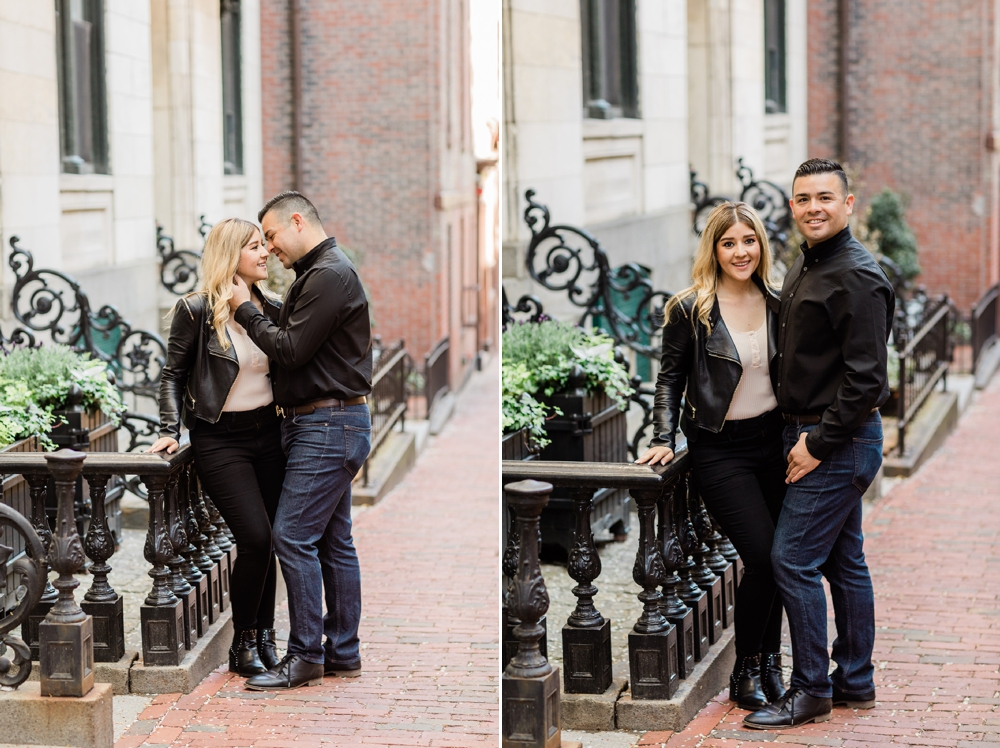 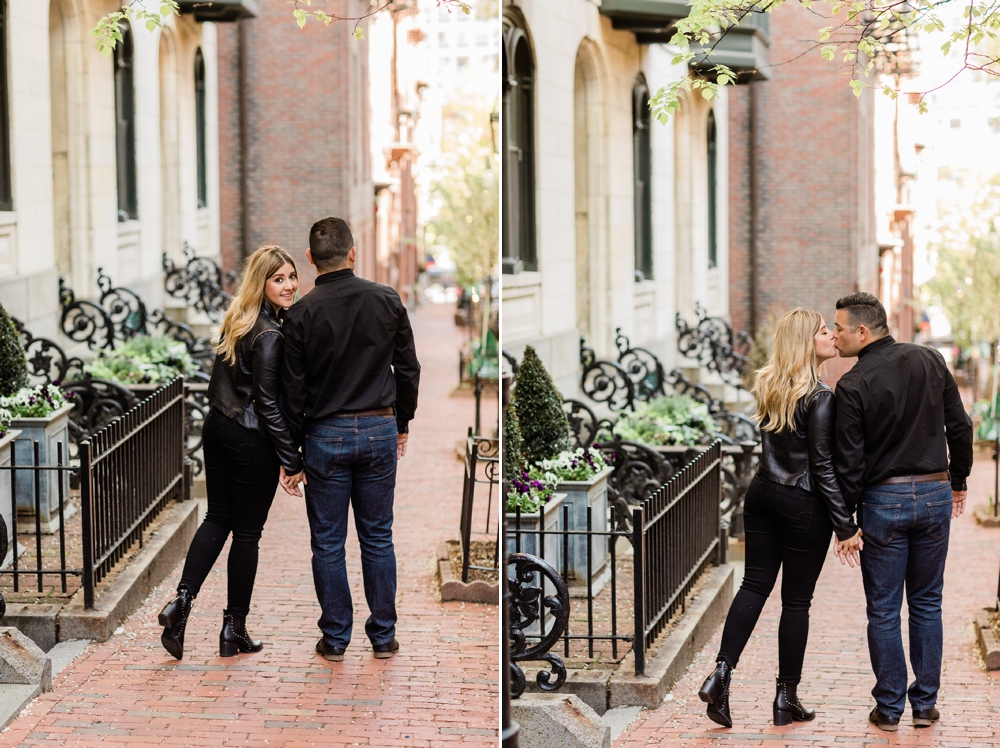 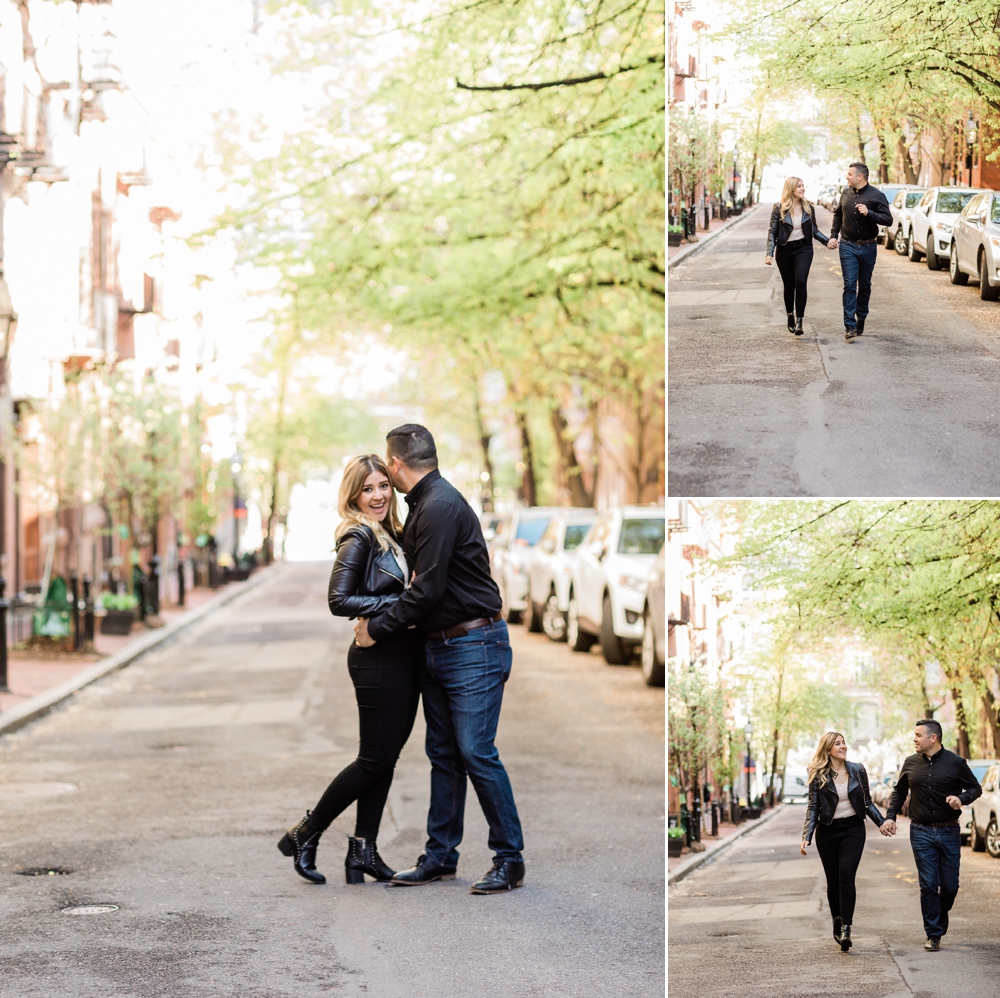 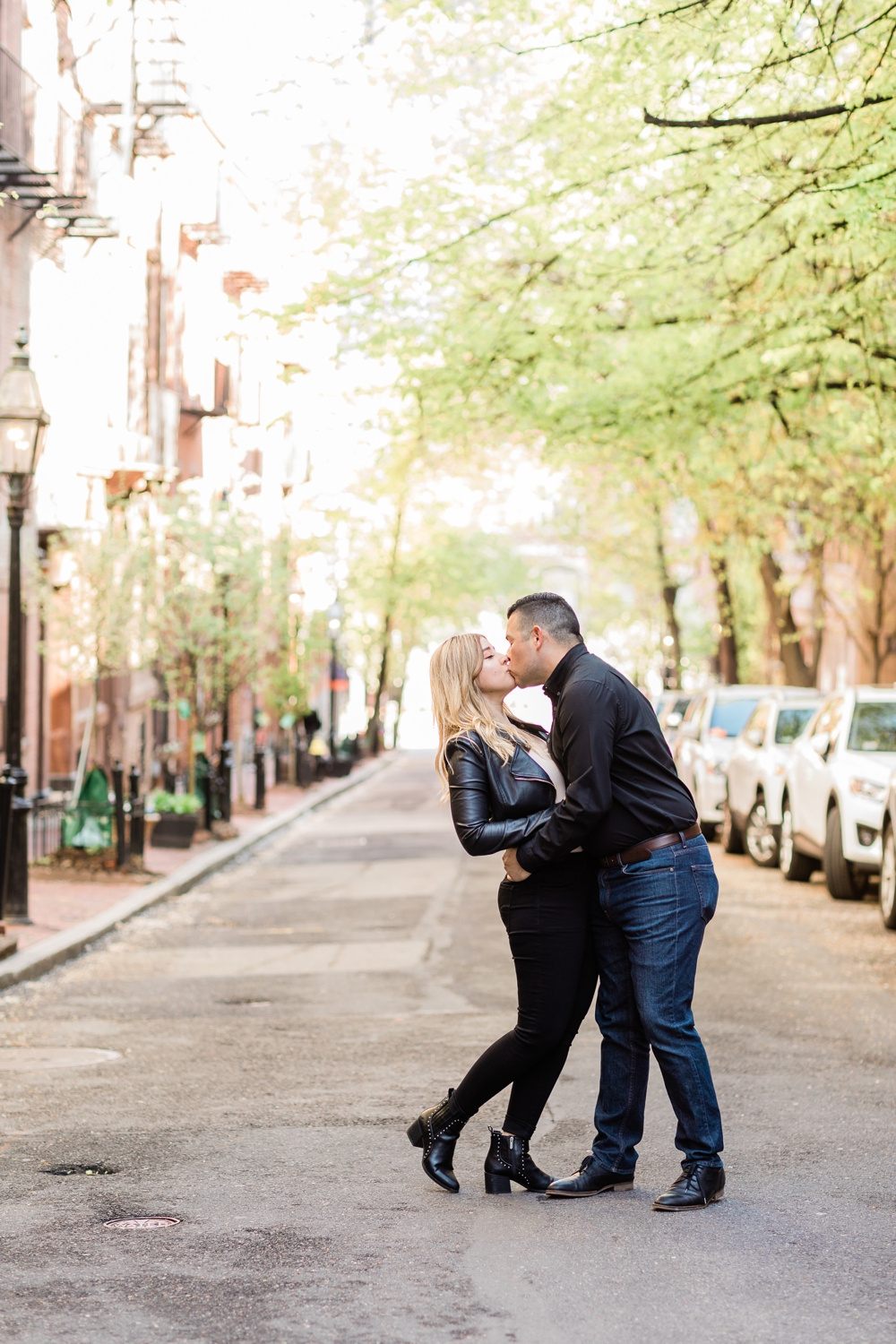 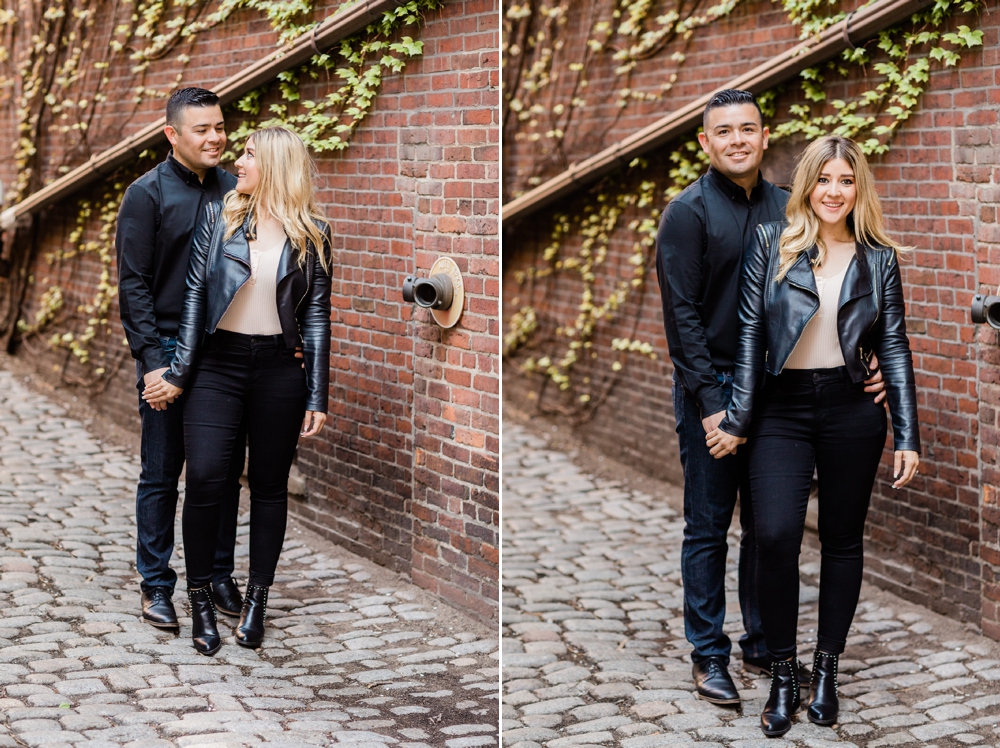 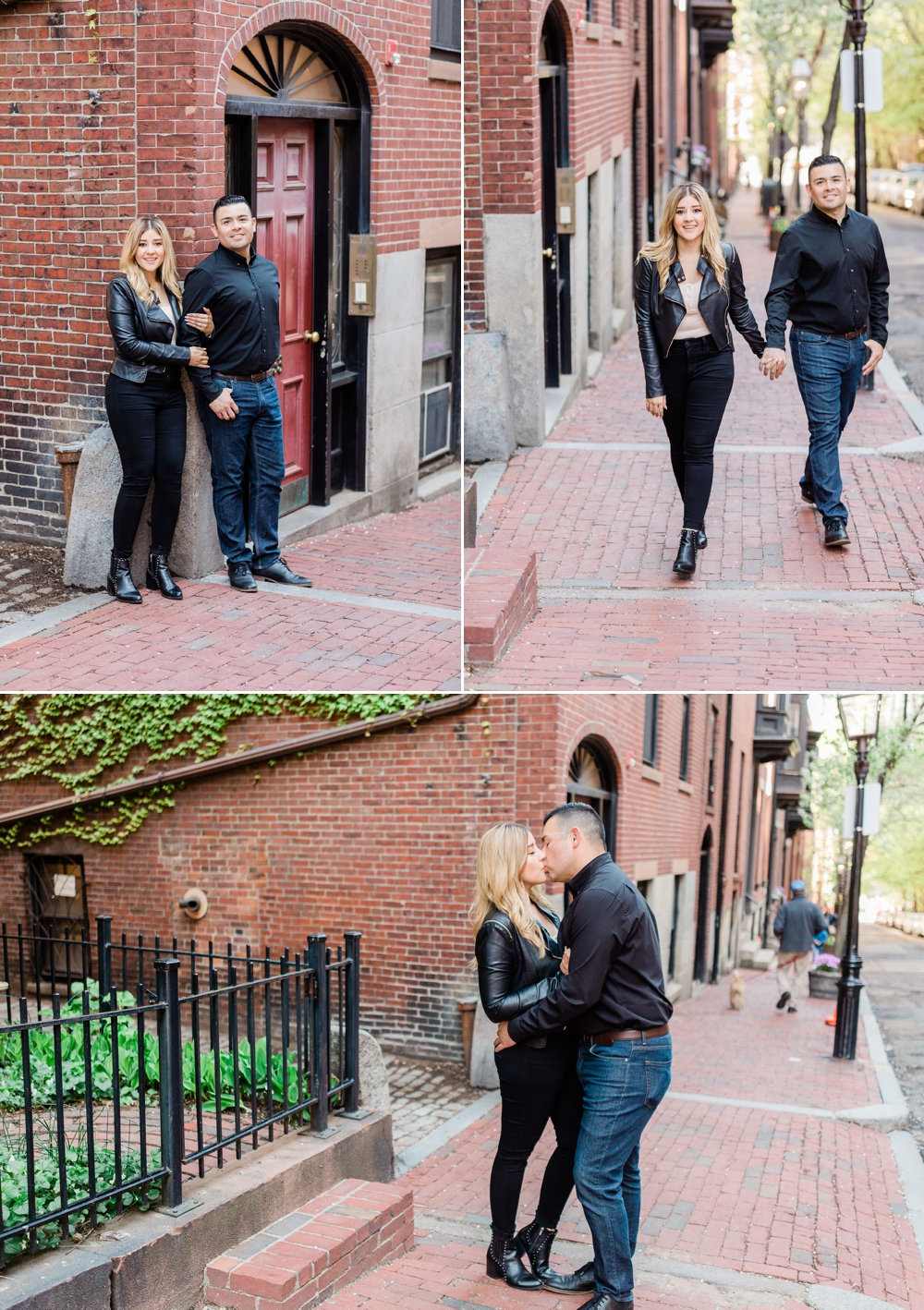 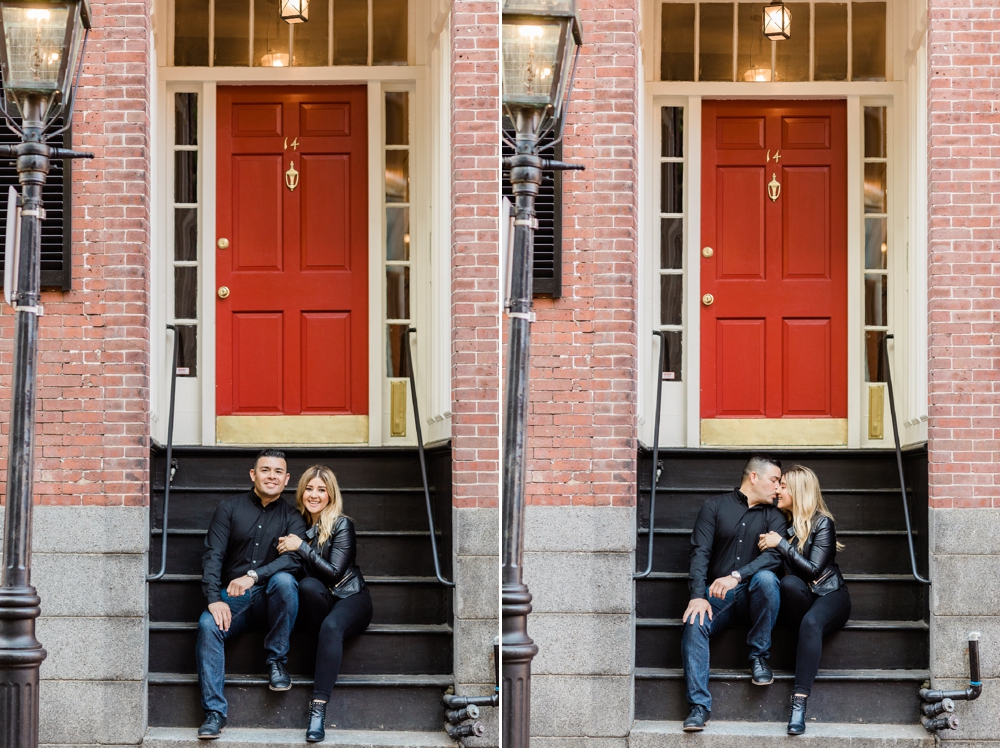 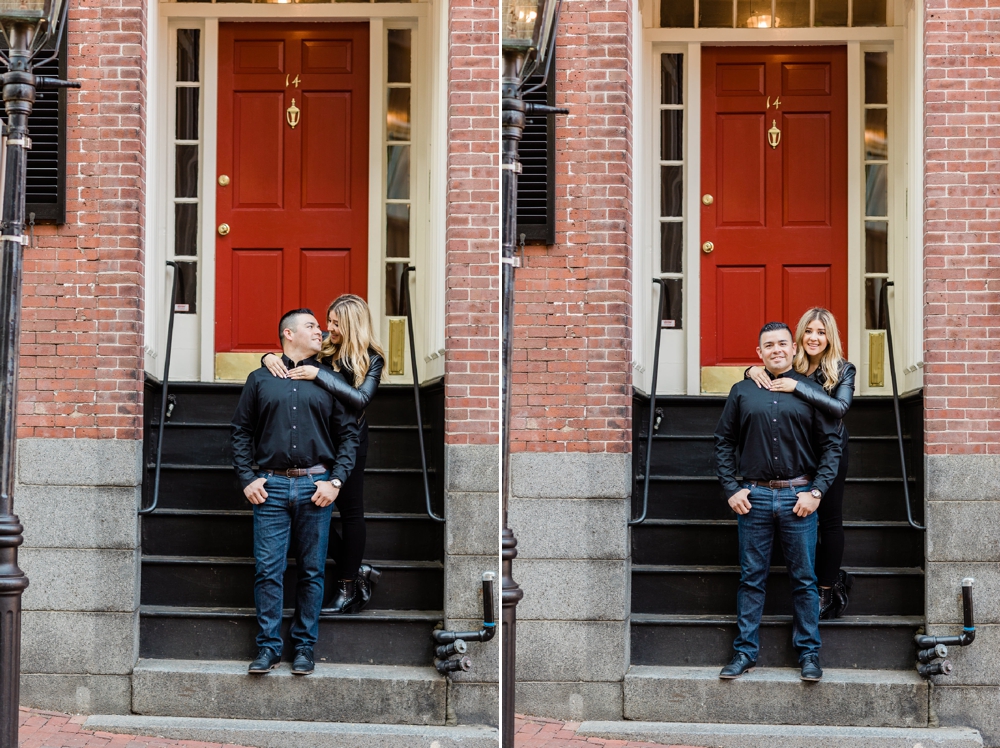 Anyone planning a Boston engagement session will probably have this spot on your list. If you’re ever in the area, this is definitely a must see! However, beware, Acorn St is a private street owned by the residents that reside here and they do not take kindly to photographers or tourists. You will be rudely yelled at if you’re caught walking on these precious cobblestones. (We learned this the very hard way.) 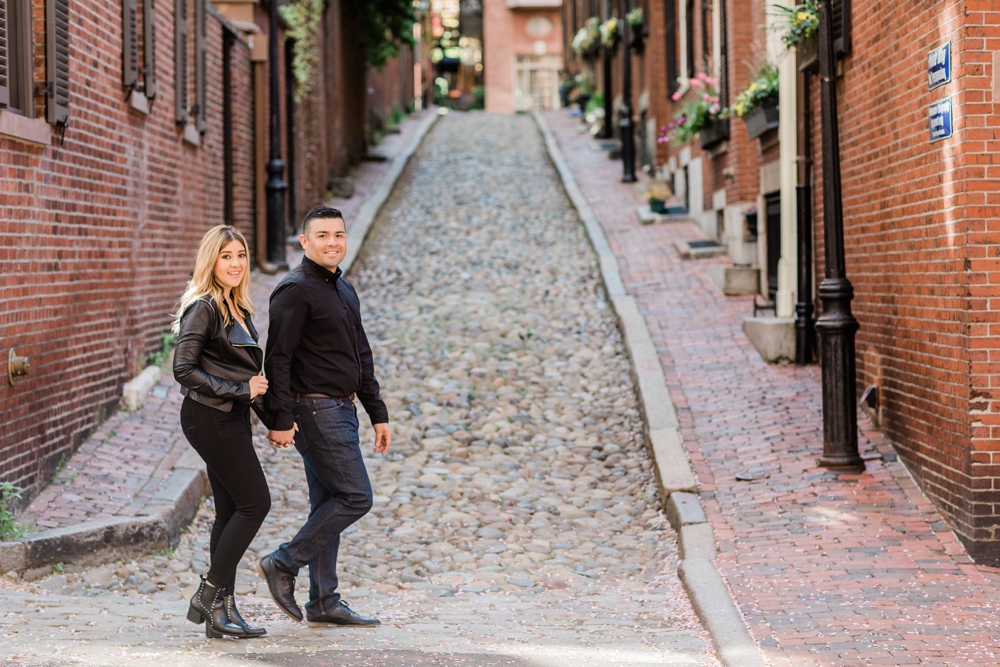 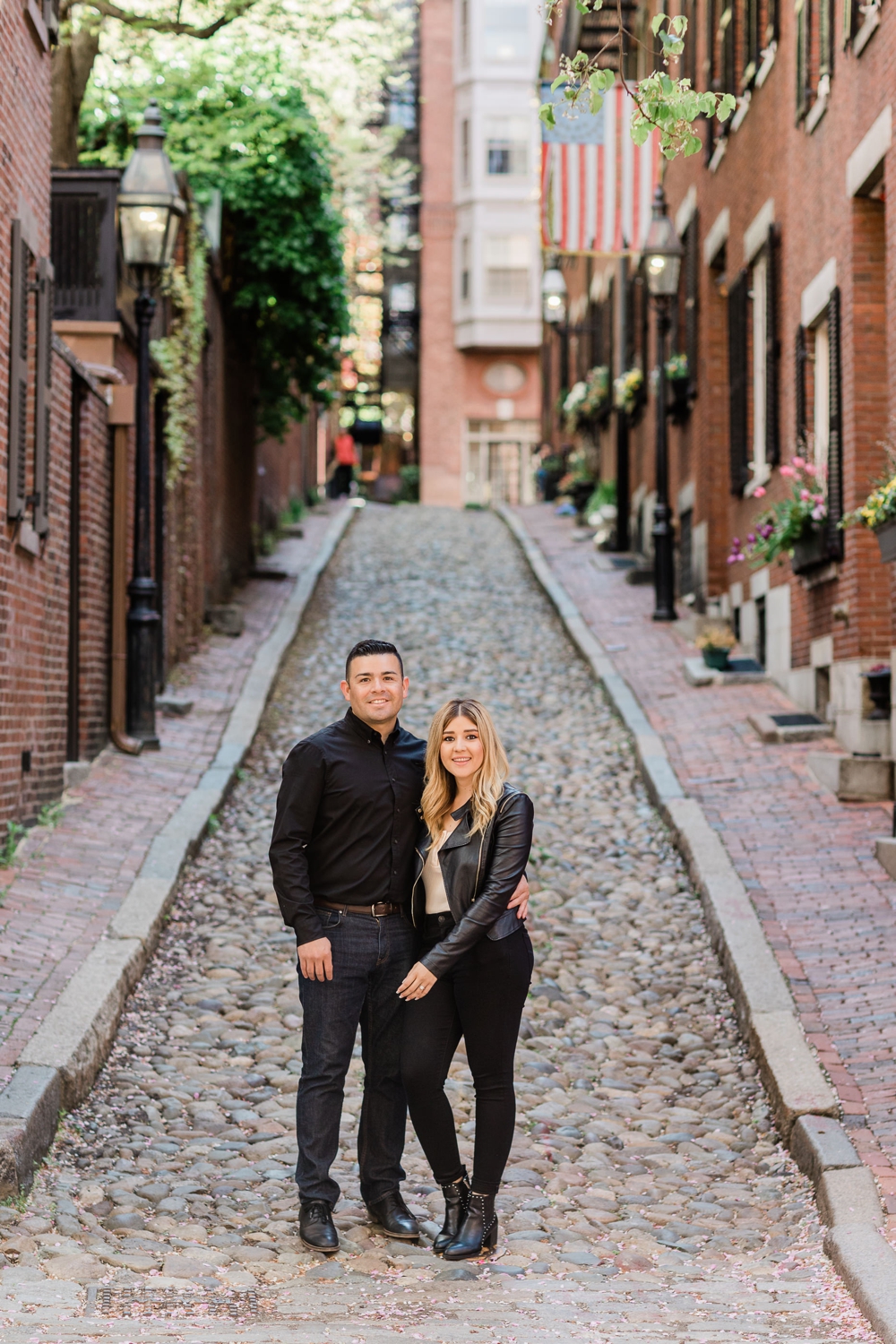 After being yelled at and lectured by said resident, we continued our walk through Beacon Hill and found the cutest little (public!) alleys. 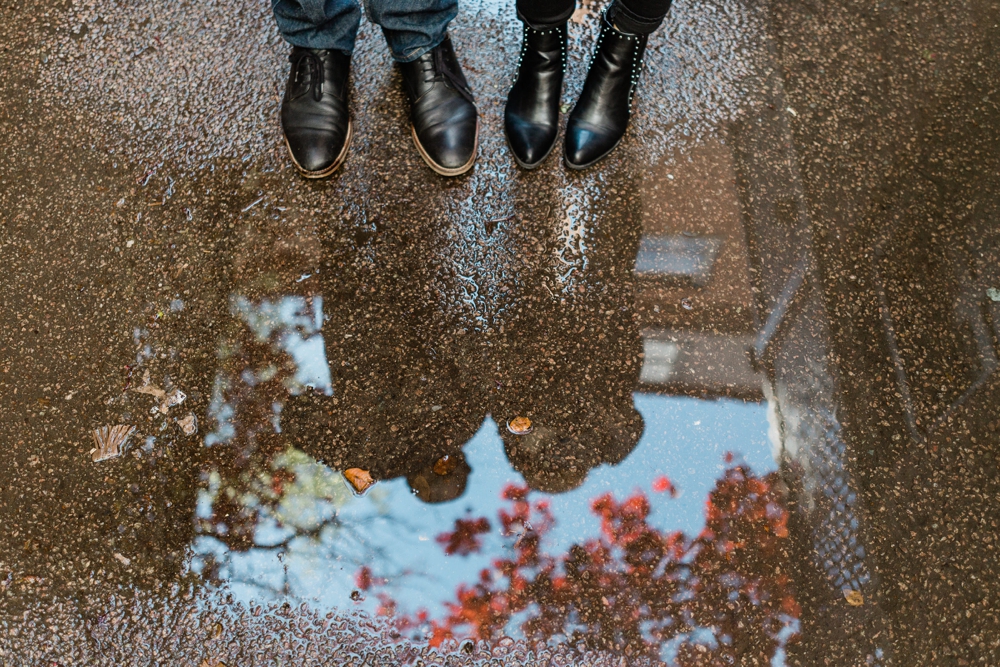 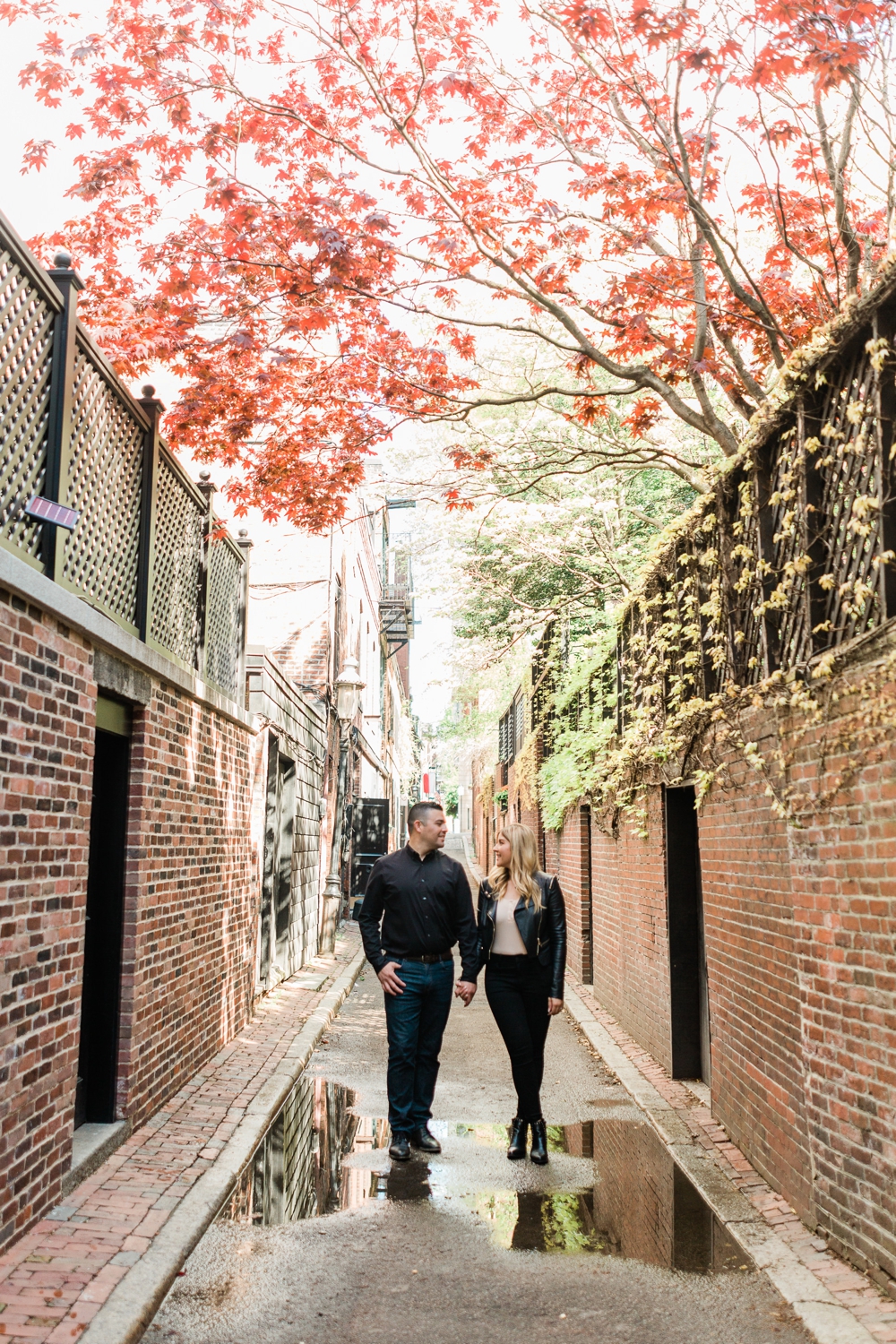 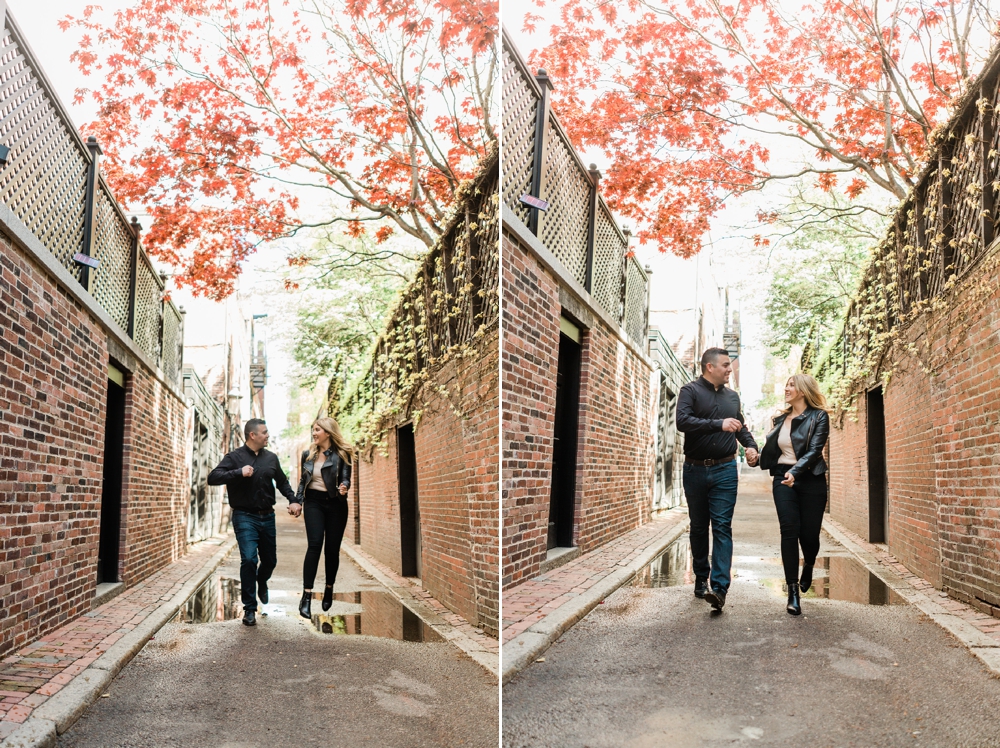 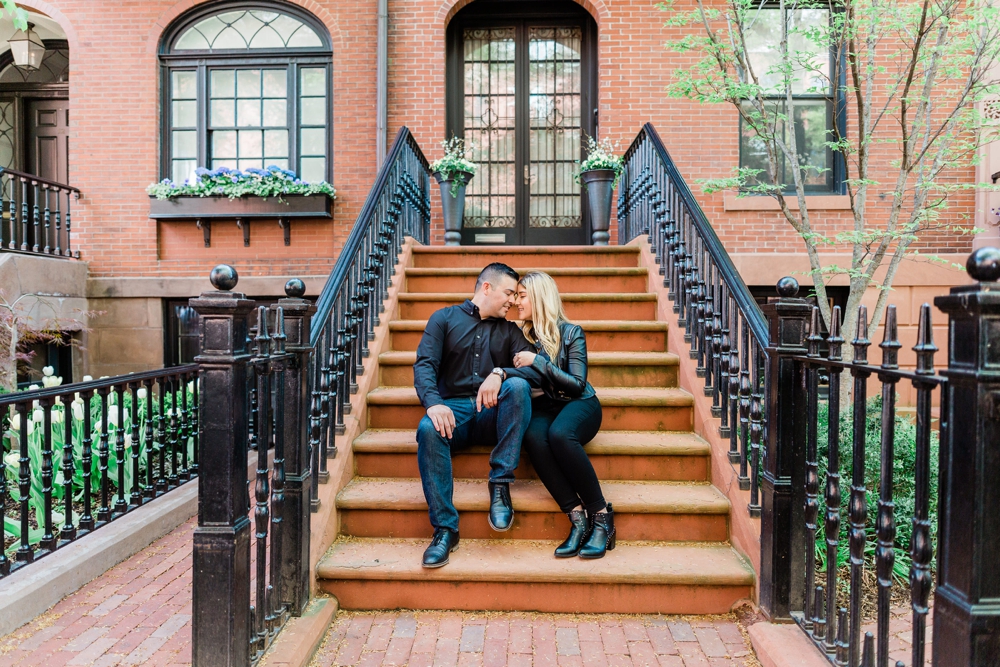 We ended this Boston engagement session with a quick photo op at the subway before heading out to enjoy Boston’s delicious cuisine! My favorite? The lobster rolls at Quincy Market. I dream of the day that I can go back for another one! 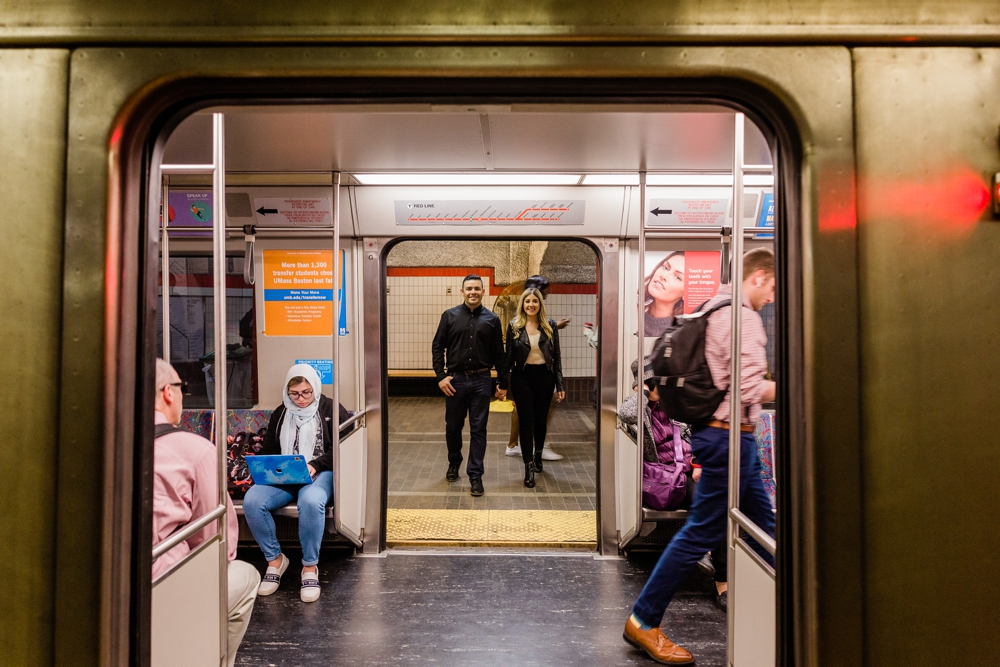 If you want to see more of my East Coast trippin’ adventures with Kristy & Steve, follow these links: 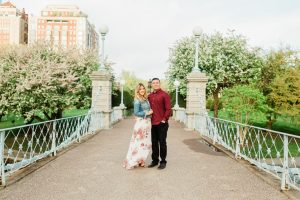