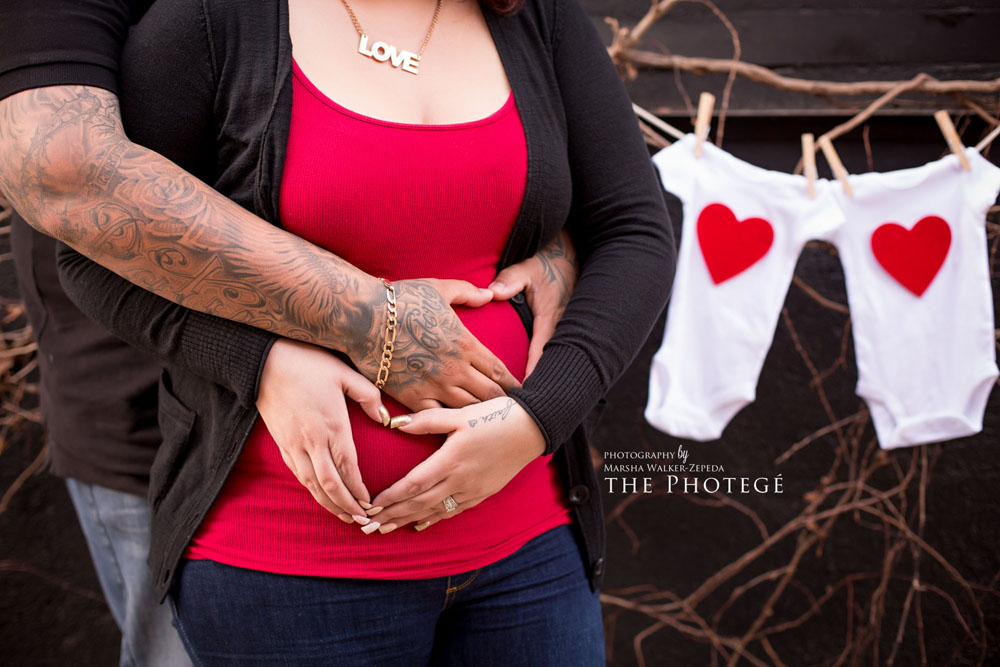 As a mommy who has experienced fertility issues and miscarriages herself, I am very sympathetic and sensitive to my fellow mommy’s that have tried & failed, carried & miscarried, and yet, through it all, maintained faith that HE is in control… and that because He knows all things, our faith and trust in Him are what give us the strength to keep on.

I met Valerie a few years ago and instantly fell in love with her.  She is one of the sweetest, most sincere & humble women that I’ve had the pleasure of meeting.  Then I met her husband, Josh.  I remember the first time I saw them together.  I sat in awe as I watched how attentive they were to one another.  They are the type of couple you almost want to hate because they are SO cute.  😉  So lovey-dovey.  So perfect for one another.

Instead, I was encouraged.  Watching them, talking with them, hanging out with them… I could see that even though my own faith was shaken and I questioned “true love”… God placed them in front of me to show me that despite all the heartache and brokeness in the world, this true, raw, unconditional type of love still exists!

Little did I know, however, that Valerie & Josh were struggling together with one of the most nerve-wracking life decisions a married couple will face.  The decision to have a family.

Then, when the odds seemed against them, they turned their faith over to God and let Him control the outcome… 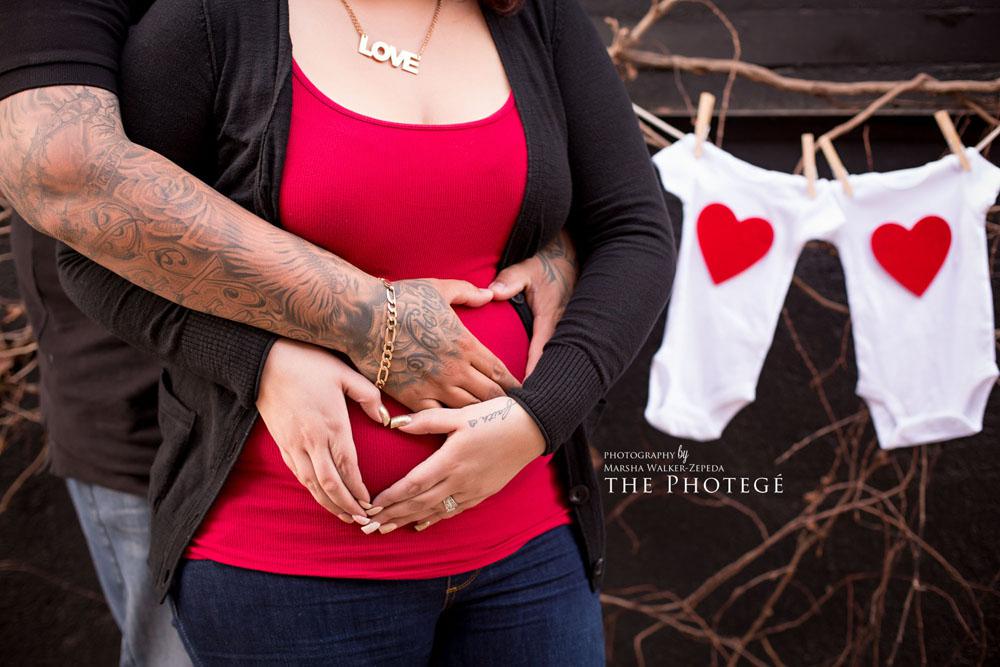 Valerie was kind enough to share her story with the world.  It is our heart’s desire that this might help encourage someone, anyone, that might be struggling with the same thing.

As a little girl I remember singing silly rhymes while jumping rope… First comes love, then comes marriage, then comes the baby in a baby carriage!  As I got older, most girls started to fantasize about their future.

“I’m going to marry the perfect man, have a huge home and beautiful children, and live happily ever after.”

For many women, this fantasy comes true. For some, it may not go as planned and maybe they only get the baby. For few, they decide to focus on themselves and wait to start that life after their career.

As for me, my fantasy didn’t play out as planned.

When I was 18, I started having surgeries for cysts that would show up on my ovaries and fallopian tubes. Later down the road I was diagnosed with Polycystic Ovarian Syndrome. (P.C.O.S.)  I constantly developed cysts on my ovaries. They pretty much just show up whenever they want. I never knew those four words would bring so much disappointment to my life later down the road.

As the years went by, I married my high school sweet heart and life was good. I did suffer from many of the side effects of PCOS and treated, what seemed to be, the most important at the time with meds. The weight gain was rapid and fluctuated month to month but I was able to control it and that seemed to be my biggest concern at the moment. I had no idea the biggest side effect would come 6 years later.

After getting married, we were ready to start a family but after years of trying we had no luck. After seeing my doctor, I knew infertility could be a side effect of the PCOS. I then turned all my focus on trying to conceive.  2013 would turn out to be the longest year of consistent treatment. I was ready to do whatever it took to have a child. With a great doctor and some medication, this would be a piece of cake.  So I thought.

In January of 2013, a tumor the size of a grapefruit was located on my right ovary.  My doctor thought that this was more than likely my problem for conceiving. My first thoughts were,”Lay me on the operating table and let’s get this thing out!”

But it wasn’t that easy. My doctor advised that if my ovary were to bleed and couldn’t be stopped she would have to remove it and my chances of conceiving would diminish to about 40%.

I decided to go ahead with the surgery, as having a family was most important to me and my husband.

February of 2013.  I was scheduled for surgery and with my faith, husband and mom by my side, I felt confident that this would be a success. What was supposed take only 45 minutes, turned into a 2 hour surgery.

After I was in recovery, my doctor came in and let me know that my tumor had ruptured before she was able to remove it and I was bleeding so much, the tumor became her only focus. However, it turns out that she was thankful that it ruptured because she would of had to take the ovary otherwise.  I couldn’t help but thank God for the blessing in disguise.

From March through August I tried every fertility medication on the market with no success.  My doctor finally referred me to a fertility specialist.  After meeting him, I instantly felt a sense of peace. Something I never felt before. I knew I was right where I was supposed to be. He didn’t waste any time and started running tests on myself and my husband.  All labs came back clear as we proved to be young and healthy, but we still could not conceive.

We started taking more advanced steps and after several unsuccessful cycles of inseminations we were now into November 2013 facing some awful news.

My doctor got straight to the point and informed us that not only did my cysts come back, but they were now looking precancerous.

Coming from a family where my mother battled breast cancer twice and survived, I for some reason was not afraid. I was ready to do, once again, what I needed to do to have a child of my own. Have you ever wanted something so bad that you couldn’t have or give yourself? I have, and with my faith strong and my family by my side, I wasn’t going to stop trying until I got what I wanted.

The MRI was scheduled and once again, by the grace of God, the cysts and tumor ruptured and the precancerous cells were in a confined area where they could be scraped and removed easily.

So just like all the other times I jumped on that table and told my doctor, “Do what you have to do.”

After having a very invasive procedure, my doctor was ready to have a serious discussion, as if having precancerous cysts wasn’t enough, he gave me the news I feared the most.

He said, “You will not be able to conceive naturally. I cannot say never because your body had a way of healing itself, but I can say not anytime soon and the longer you wait, the worse and harder it will get.”

As my mother wept, all I could think about was my husband. Here I am broken, how is this fair to him? Yes, we married for better or worse, in sickness and in health but I never thought I would not be able to conceive with the man I love. How was I going to break this news to him? I couldn’t bring him this heartache without a plan.

I asked my doctor, “What’s next? Where do we go from here?”

His next option before surrogacy and adoption was in vitro.

Here I am… thinking,  I am too young for this!  How do I know this the right treatment for us?

So, I did what I know how to do best.. I PRAYED and I didn’t stop until God put the answer of what I supposed to do in my heart. After talking and praying with my husband, we went ahead with treatment. God provided in so many ways and after countless injections, medication, two mini surgeries 5 days apart, lots of prayer and the support of our family and friends… we were approaching Christmas.

December 23, 2013,  I received a phone call from my doctor and was told I was pregnant!! I couldn’t believe what I was hearing!! And then, for the first time through my battle, I cried and cried. We did it! We succeeded!

The road had been dark, bumpy and rough, but the light at the end of the tunnel was oh so bright. In January of this year (2014), we received news that not only were we expecting, but the ultrasound showed two!! We are having TWINS!! We prayed for one and were blessed with two. God has been so good!

Even though we have lots to focus on with this pregnancy, August can’t come soon enough. I thank God everyday for where we are today, all the lessons learned, the strength and courage to get through, and for blessing us with these little miracles coming soon. 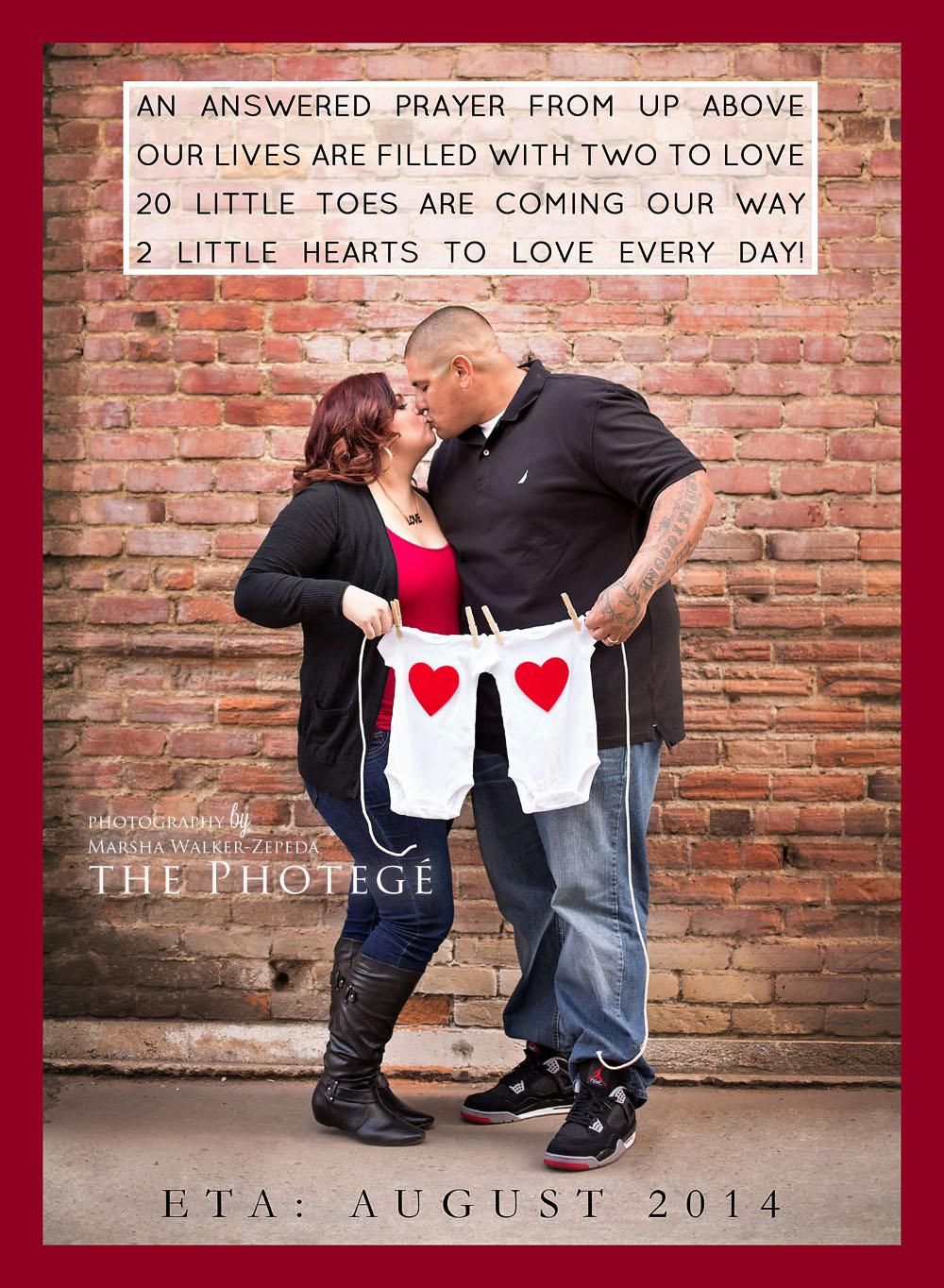 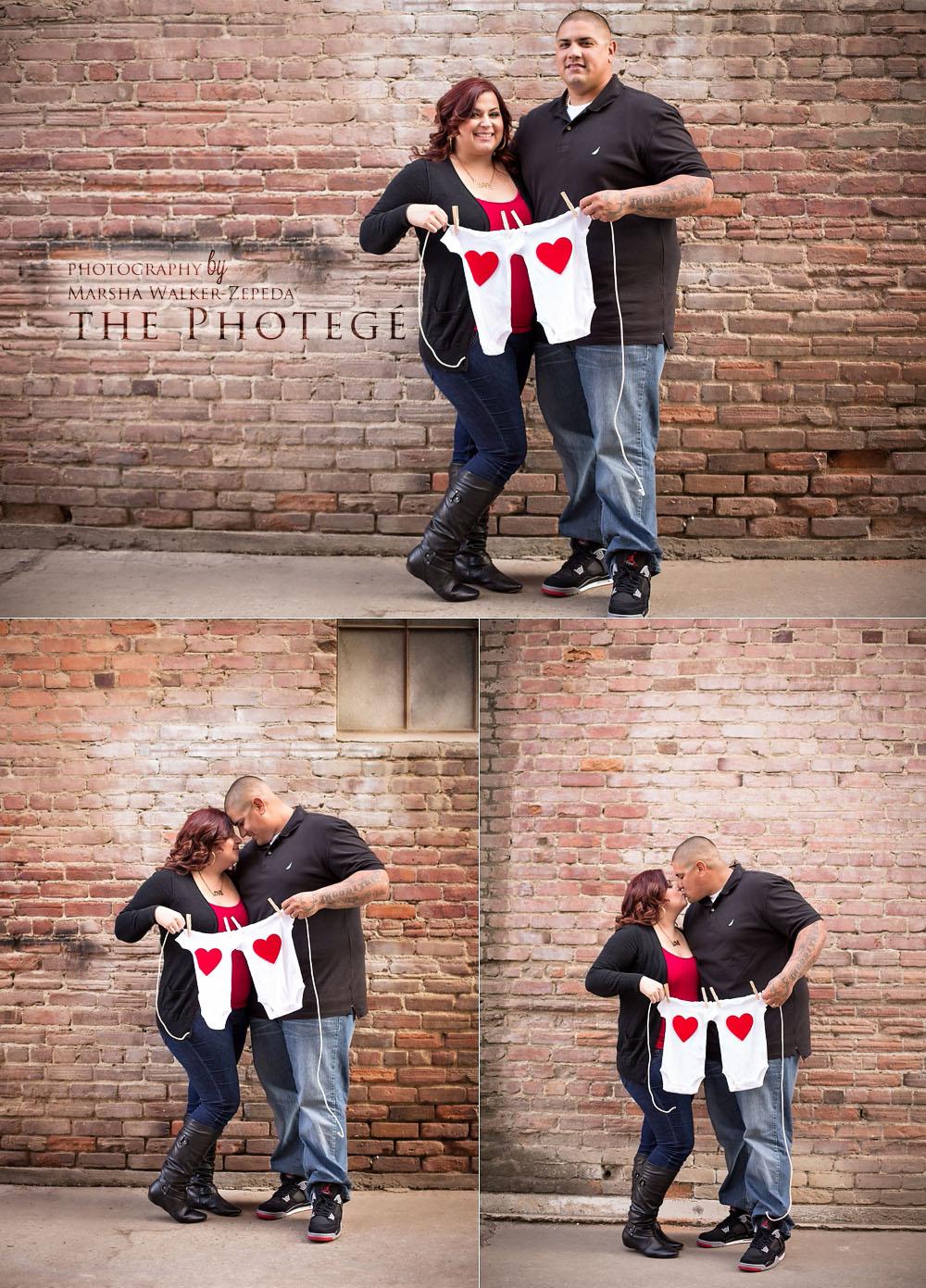 I’m so happy for you guys.god is great:)

Congratulations! I can personally relate to this story. A miracle from God!

OMG Such an amazing story….. WOW!! CONGRATULATIONS TO YOU BOTH….. GOD IS GOOD!

Best success story ever!! I love you four like crazy!! I know you and josh will be amazing parents! There is not a doubt in my mind about that!! God would not have put you through all of that if not to show his power and glory! What an amazing story! With God at your side you guys did it!! Congratulations!!! 🙂

From one mom to another soon to be mom I am sooo happy for you both. You have been ready for so long to have children to love and raise. The Lord has truly bless you. He has been ever so mindful of all our prayers. Your journey will be tough but joyful my love. My prayer is that He keeps his hand upon the unborn babies and you an Josh and guide you thru s safe and healthy pregnancy and delivery. Love you lots!!!!!

AWWW BEAUTIFUL STORY FRIEND.WHAT A BLESSING FOR A WONDERFUL WOMEN

Stop girl…that made me cry. I am soooo happy for you and Josh. I cannot think of two more deserving people to raise 2 babies…Not to mention damn thmes gonna be some good looking babies 🙂 Love ya….YOU LOOKED SO GOOD THE OTHER DAY

I love you 2 soo much! May god continue To bless you both!

Aww. What a miracle. Congratulations to the both of you:)

Robert & I send our love and blessings. Pray for us too. 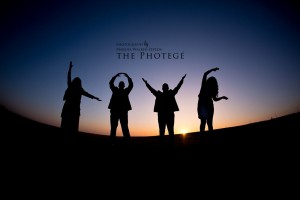 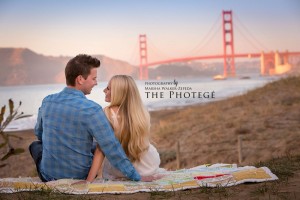