A Secret Garden Proposal at Monji Gardens in Bakersfield, California 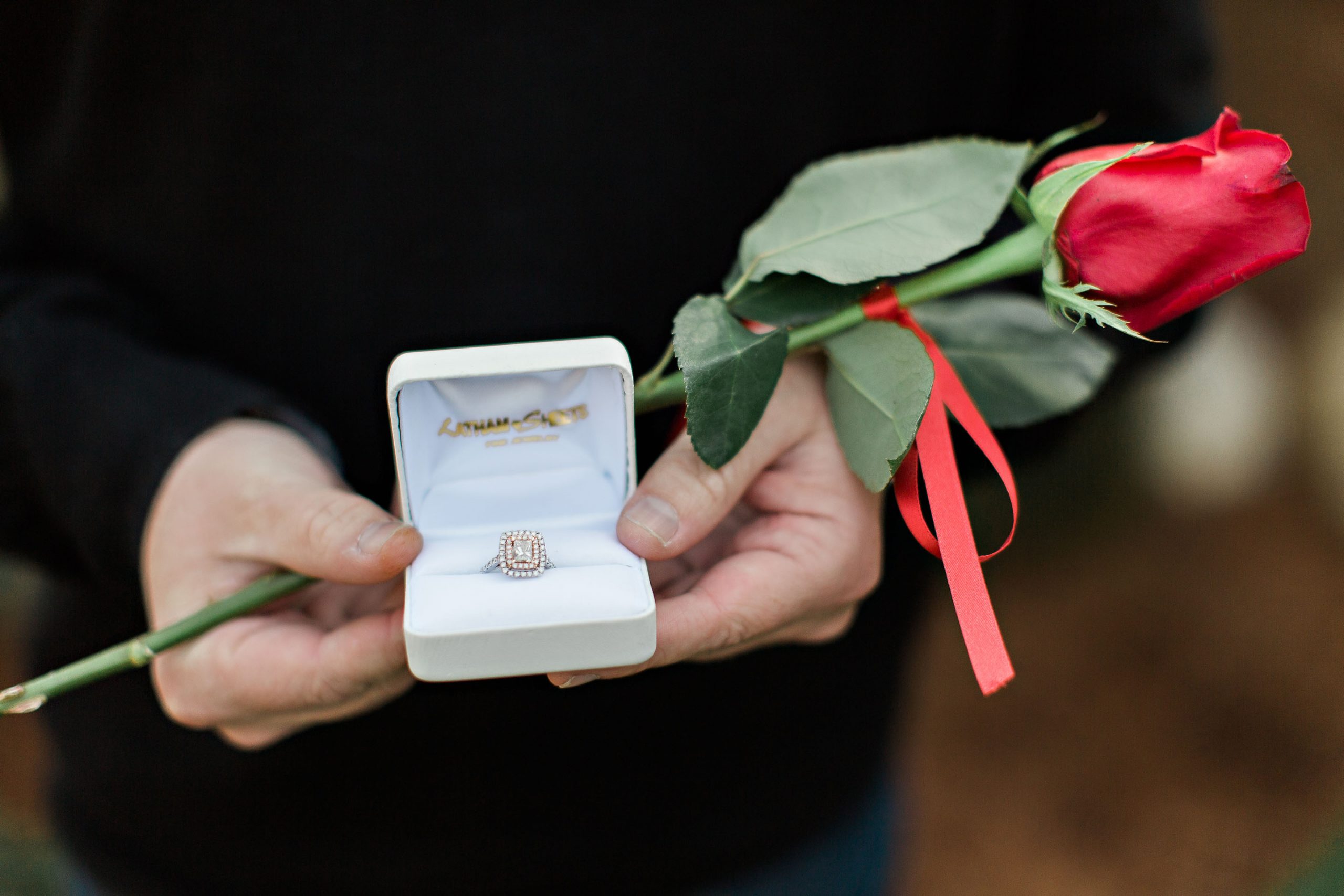 The Gardens at Monji

A glimpse behind the scenes of a secret garden proposal in the beautiful gardens of Monji Gardens wedding and event venue.

As a photographer, I sometimes get asked if I shoot proposals. My answer is always a YES! I absolutely love being able to tap into my ninja skills and hide in bushes and trees to capture these sweet moments!

I received a call one day from one of my good friends (who also happens to be one of my past brides) asking if I would be interested in helping set up a sweet surprise proposal for her brother. UM… HECK YES! I live for these moments!

I immediately called my friend Irma of Simply Chic Events and we started brainstorming. With the help of our vendor dream team, we were able to pull off the sweetest surprise!

How we did it:

We set up a memory walk full of photos and mementos of Mike & Nicole’s relationship. We lined the walk with long-stemmed roses to lead the way. Each stop had a new letter to read and a new collection of photos to admire.

At the very end of the walk, Mike stood with the last rose and the most beautiful ring to pledge his promise of forever!

Keep scrolling to view the rest of the story… 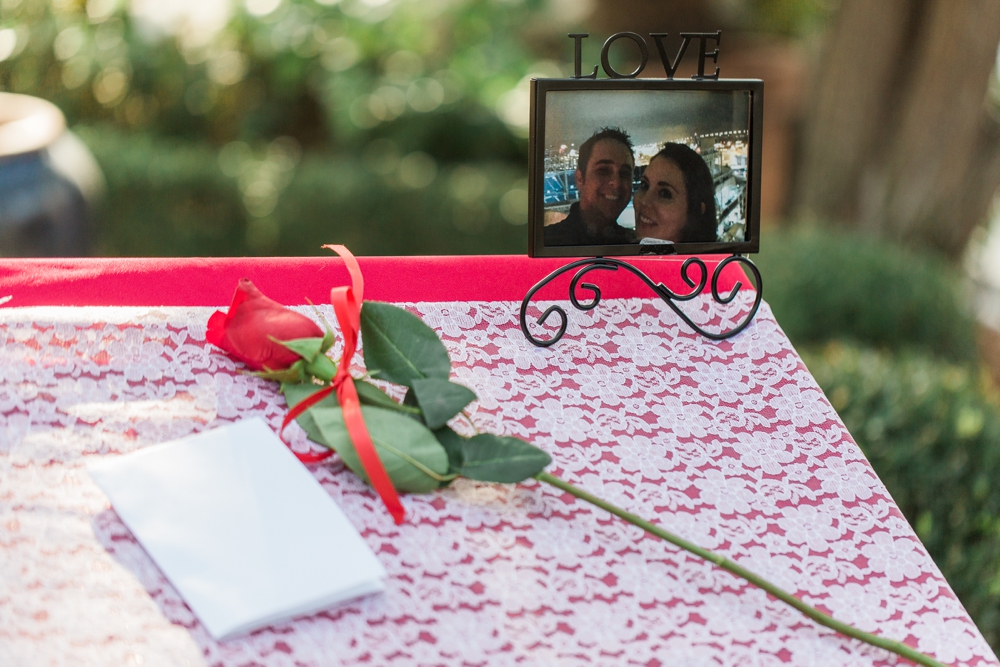 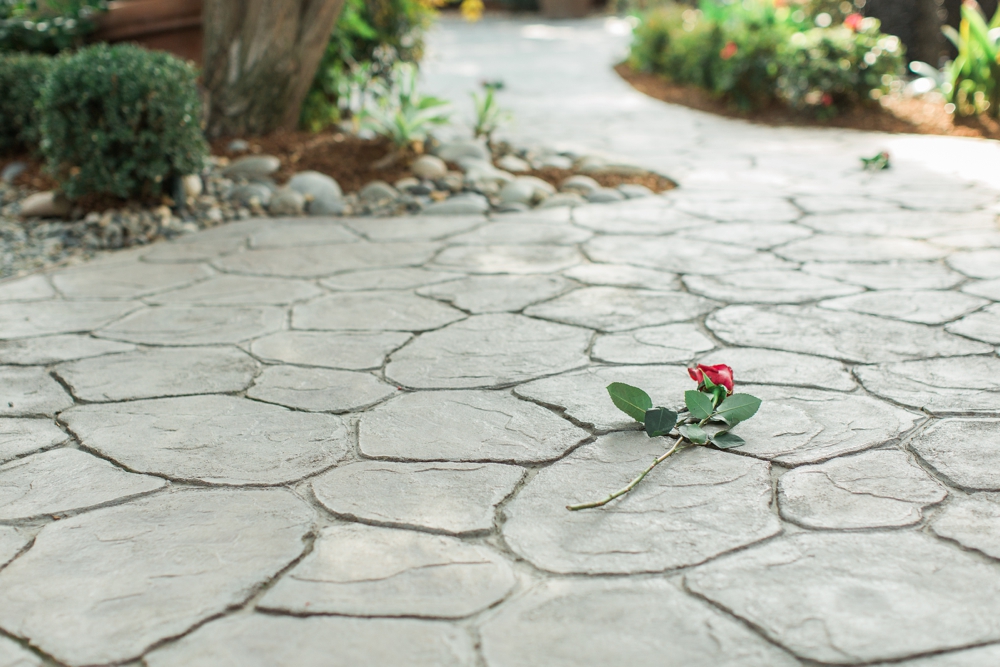 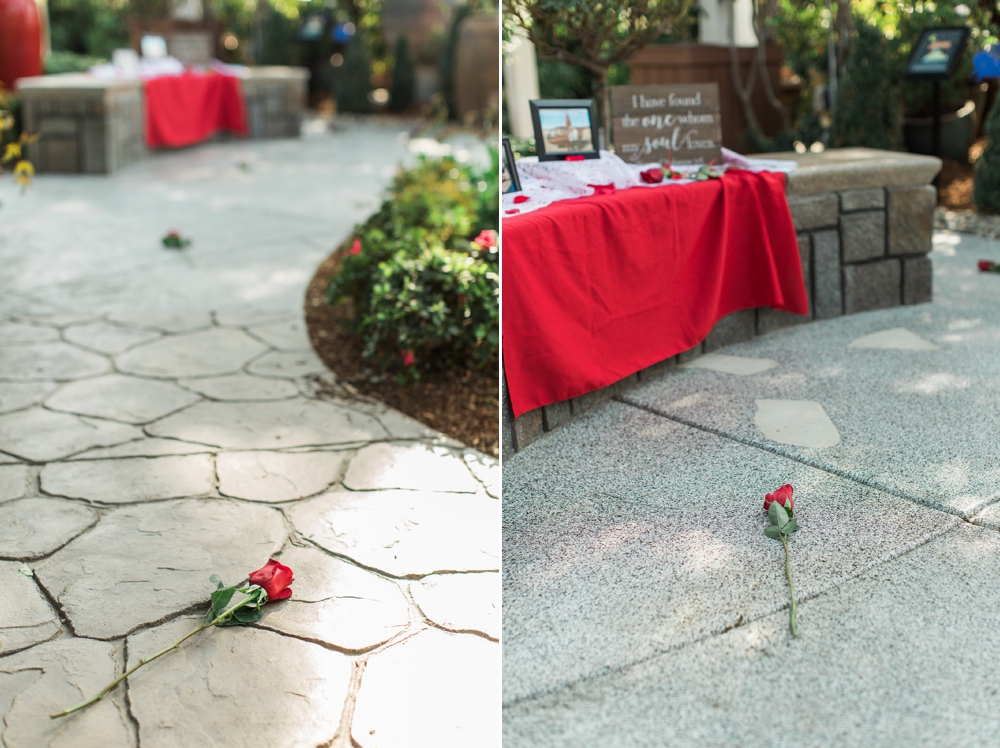 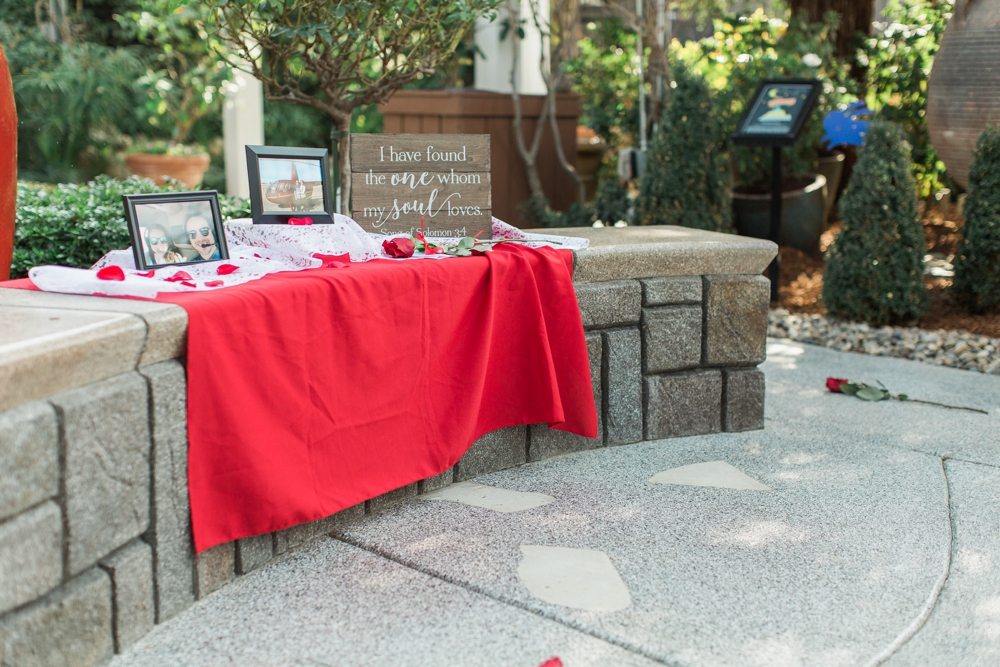 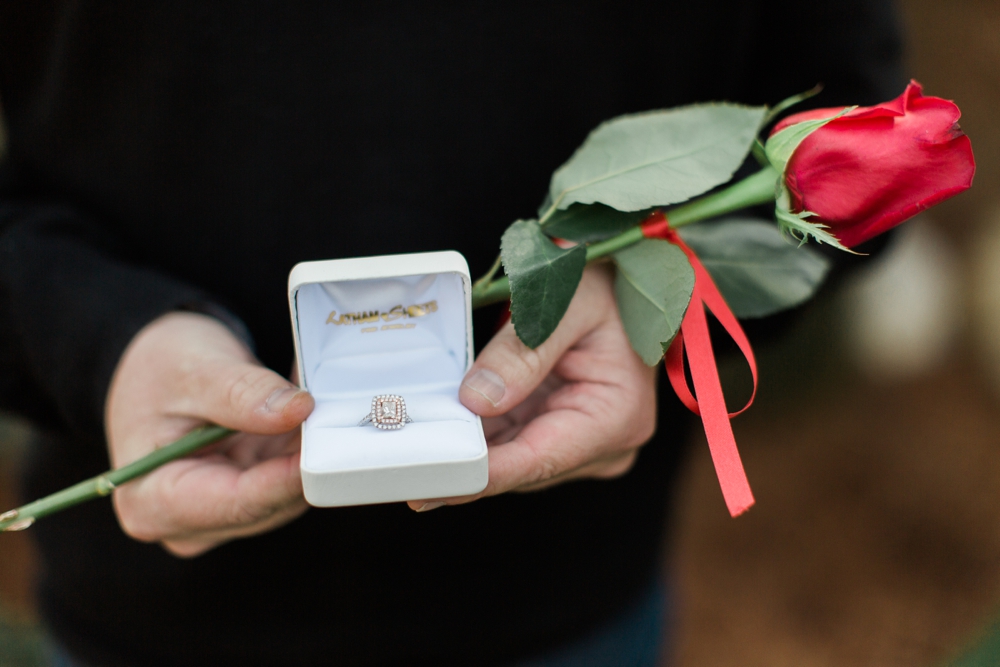 The proposal in her words:

It was January 29, 2018. Mike, his family, and I were getting ready to have a nice lunch for his brother Jon’s birthday (at least that’s what he told me). I got dressed up and was ready to go when Mike said he needed to go run some errands before lunch. I told him I wanted to go with him, but he was acting odd and saying I couldn’t. He left me at his mother Rosie’s house and told me he would meet me there. His sister Christine picked up Rosie and I to head over to lunch. On our way, Christine said Mike wanted to show us something at the Gardens at Monji before lunch. When we arrived at Monji, Irma (Simply Chic Events) met us at the front gate. She handed me a letter from Mike and ushered Christine and Rosie away. At that moment, I knew something was happening. I read the letter and immediately started crying. I knew the proposal was happening at this moment! I continued on the path of rose petals and pictures and picked up love letters along the way. When I reached the end, Mike was waiting for me with the final rose. I was shaking. He got down on one knee and asked me to be his wife. Overjoyed, I responded, “Yes!” Mike’s family came running out of the bushes, and we all celebrated together. As soon as we got back to the car, I called my parents and told them the news. 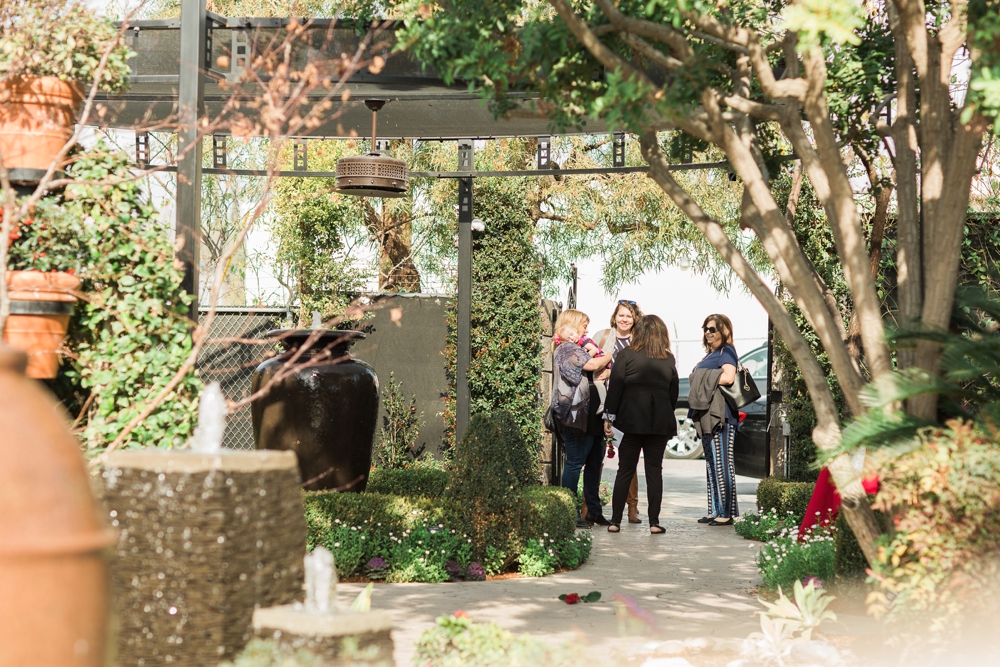 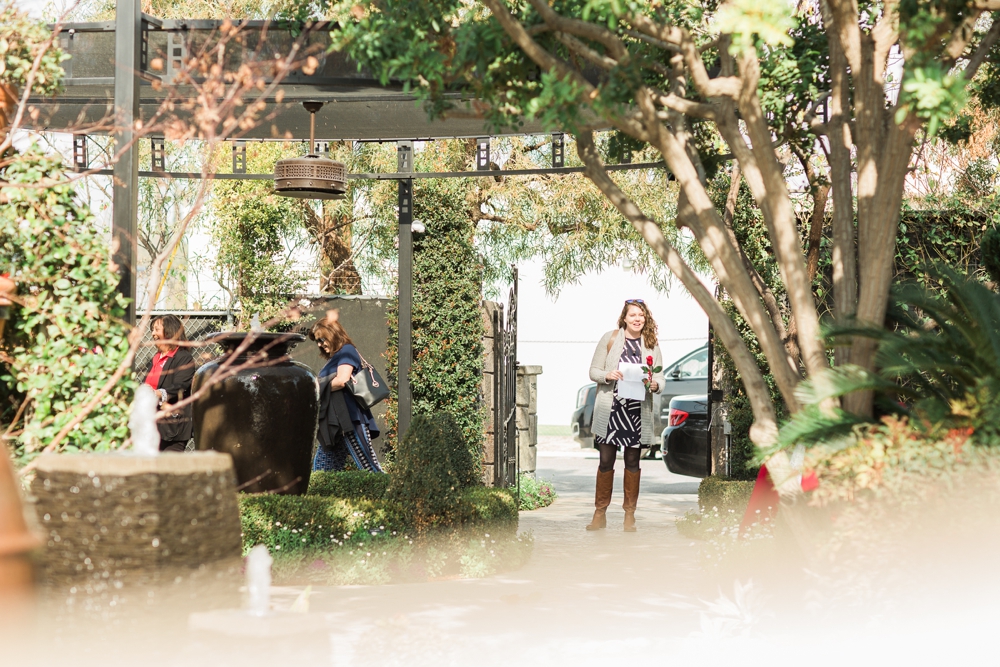 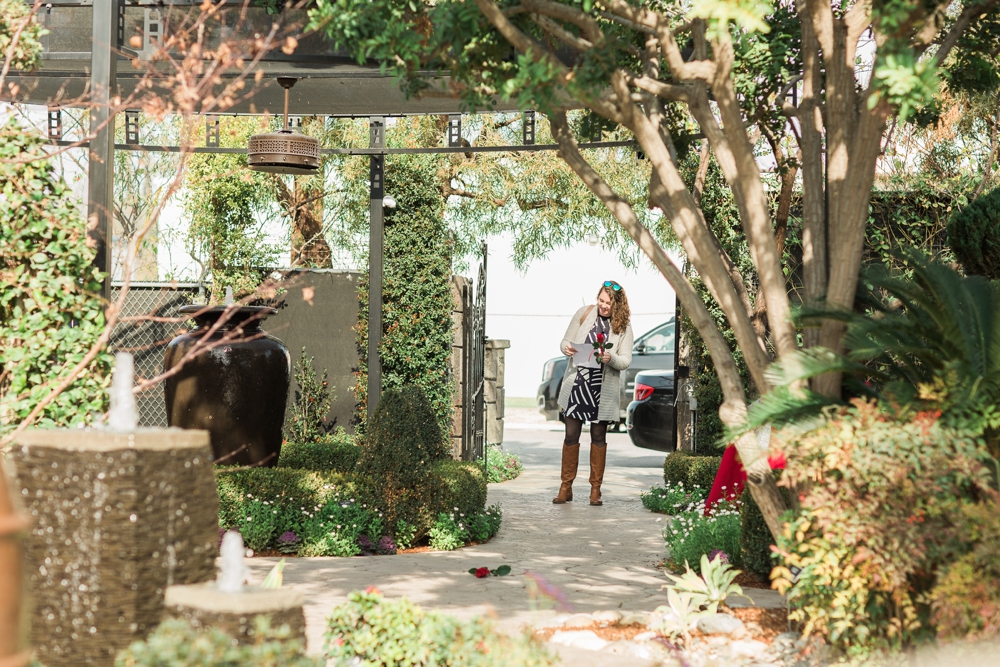 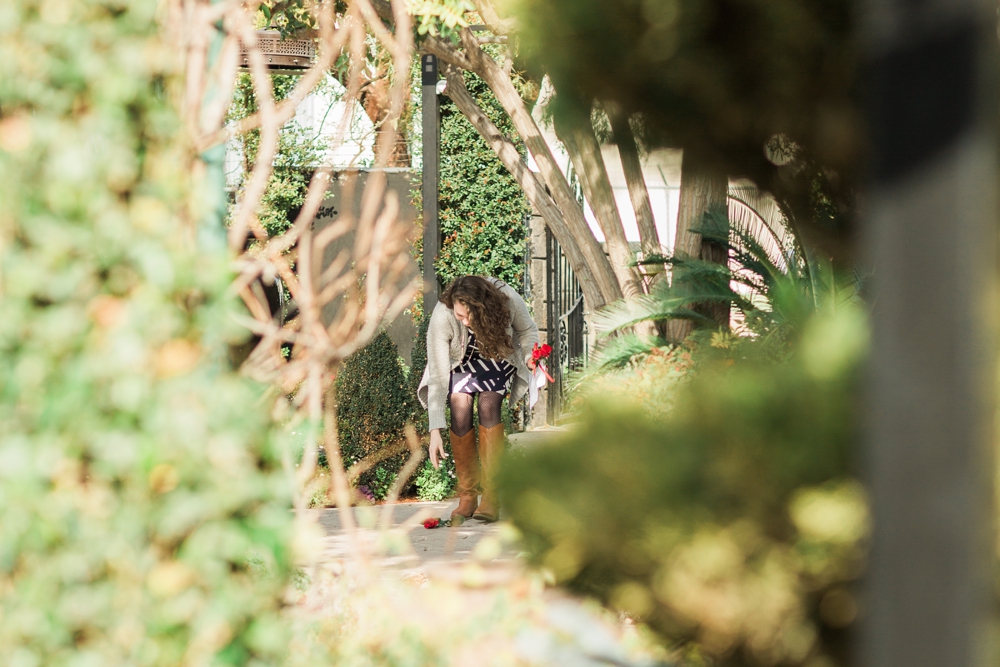 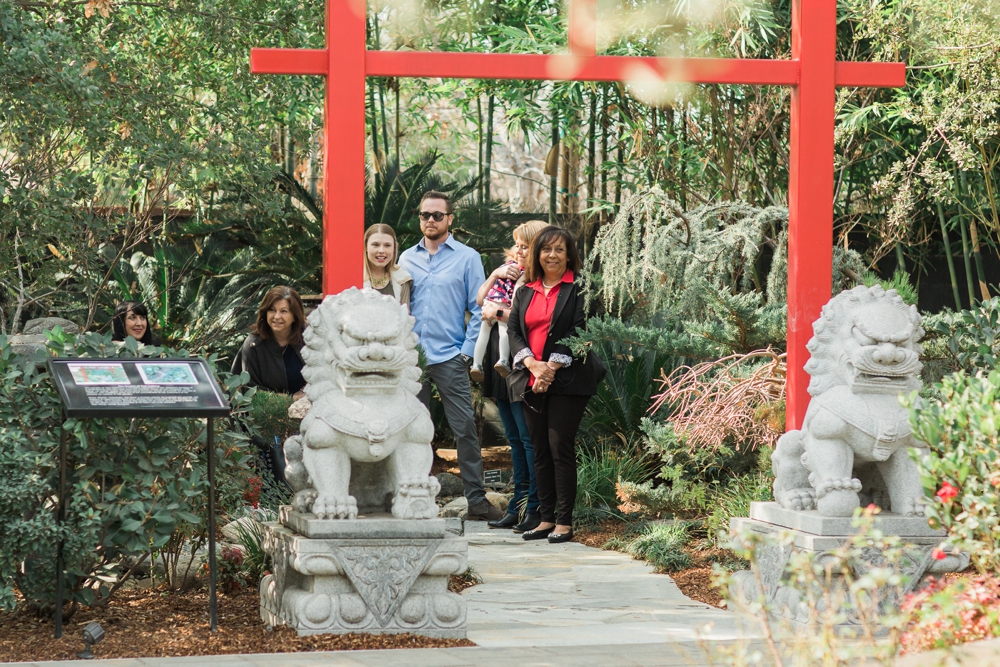 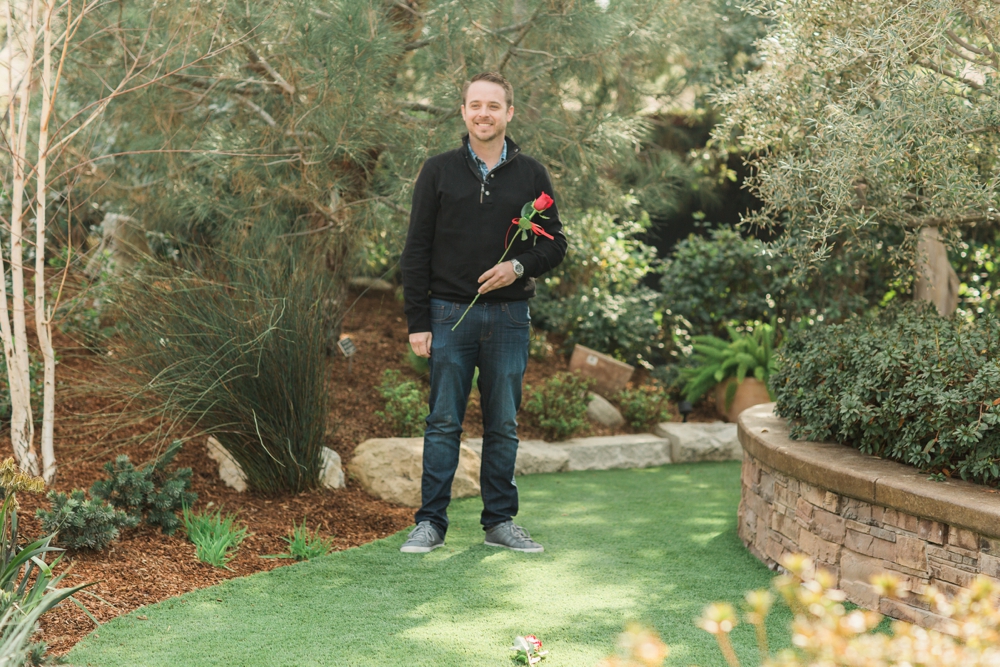 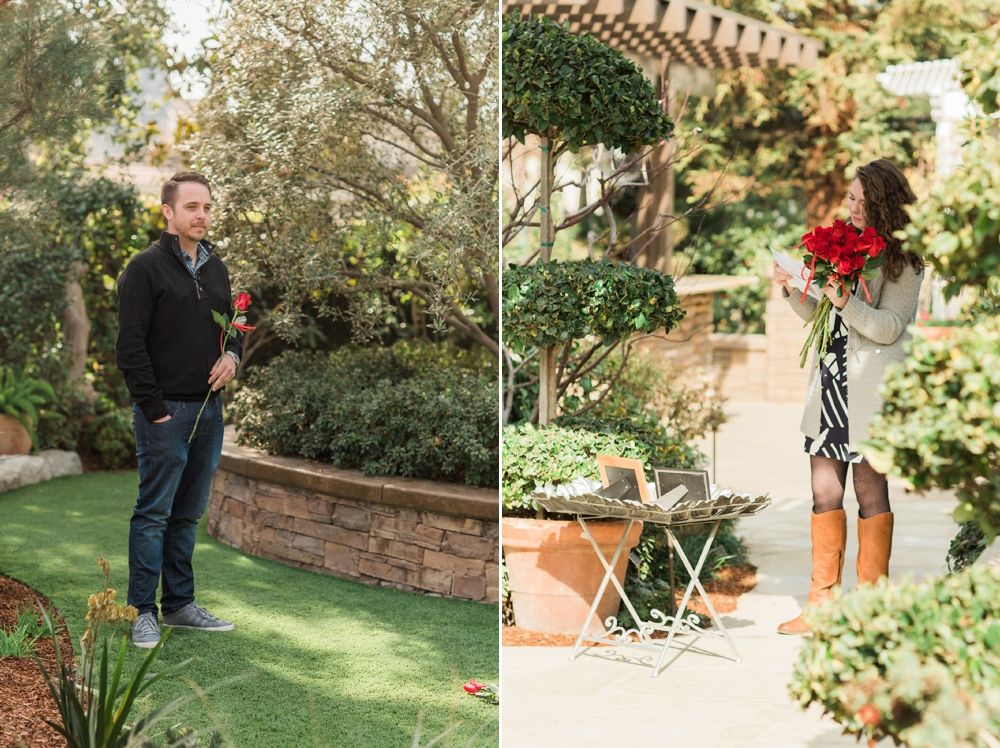 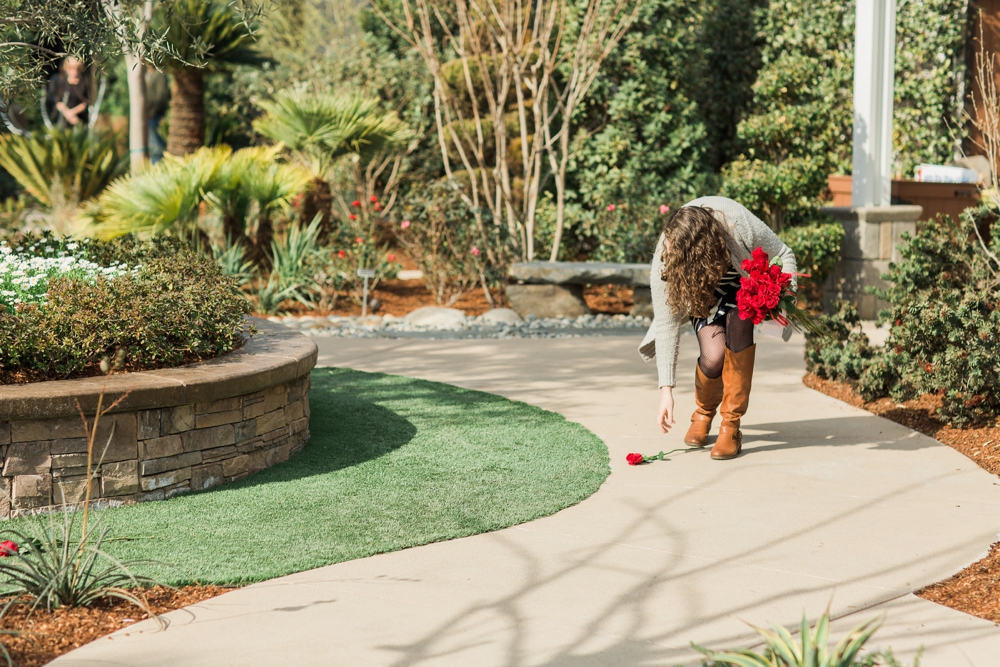 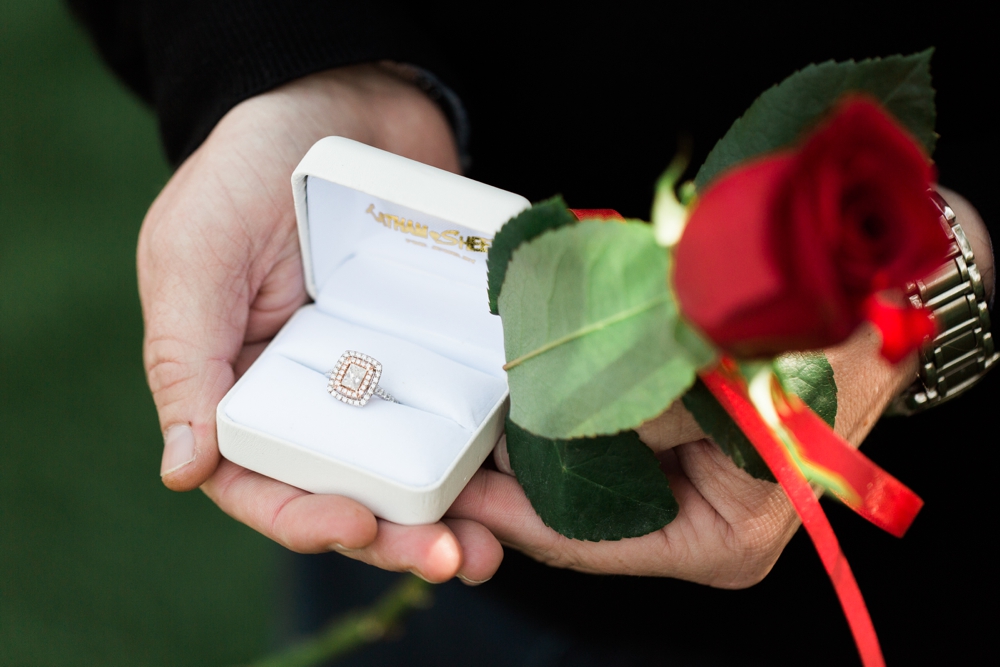 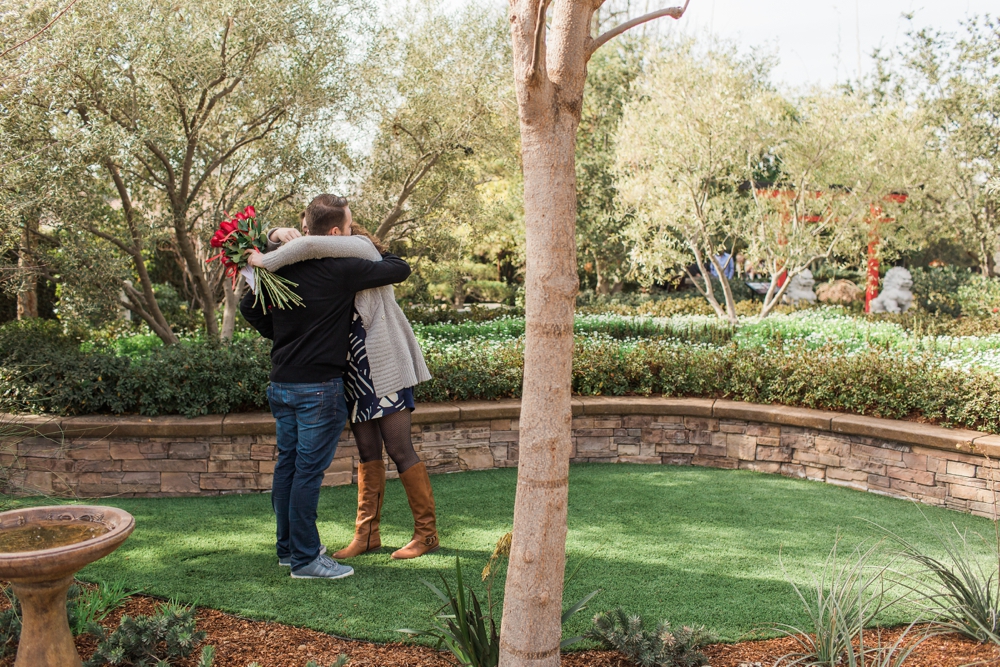 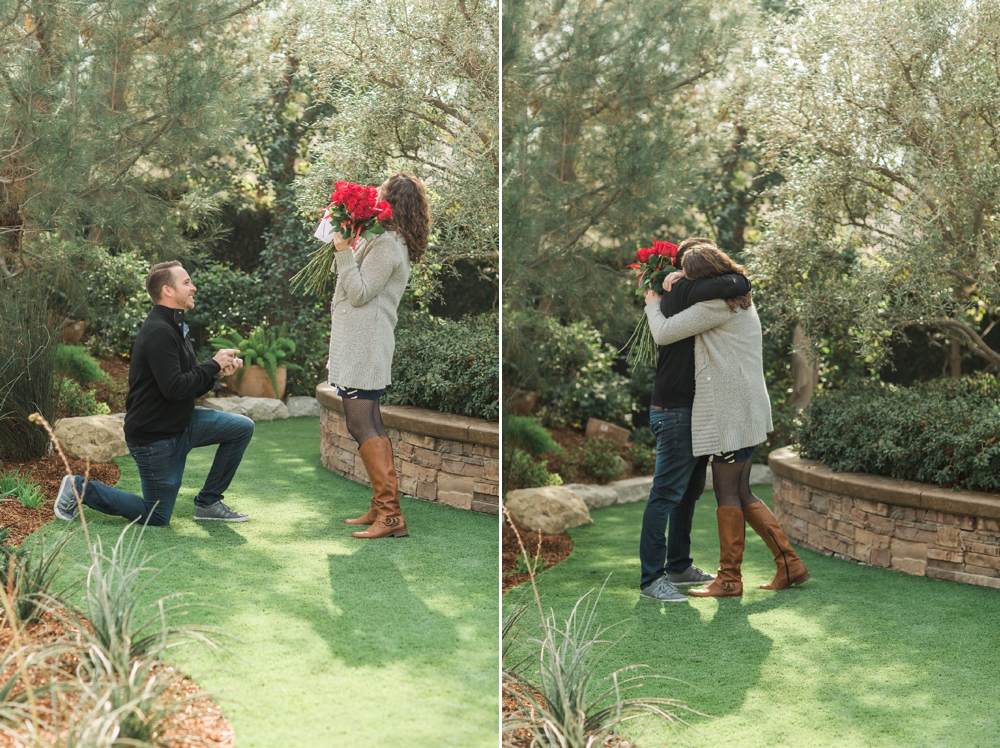 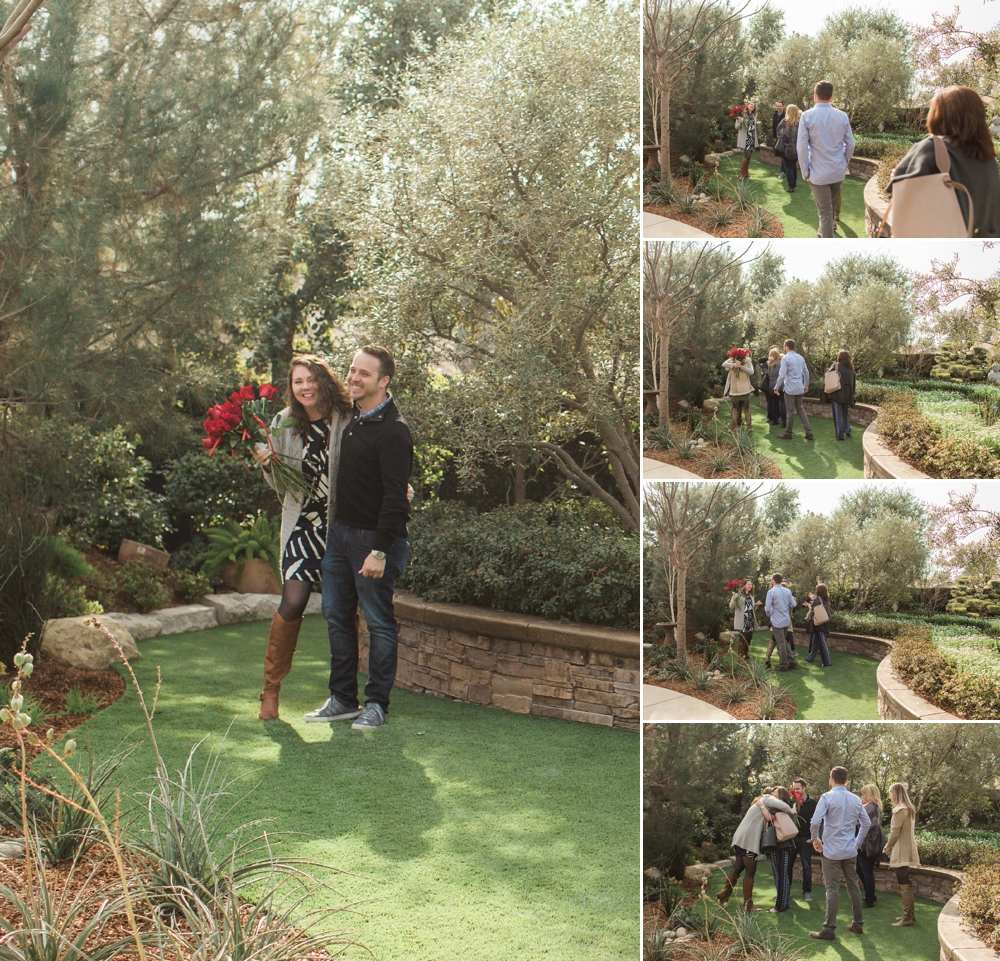 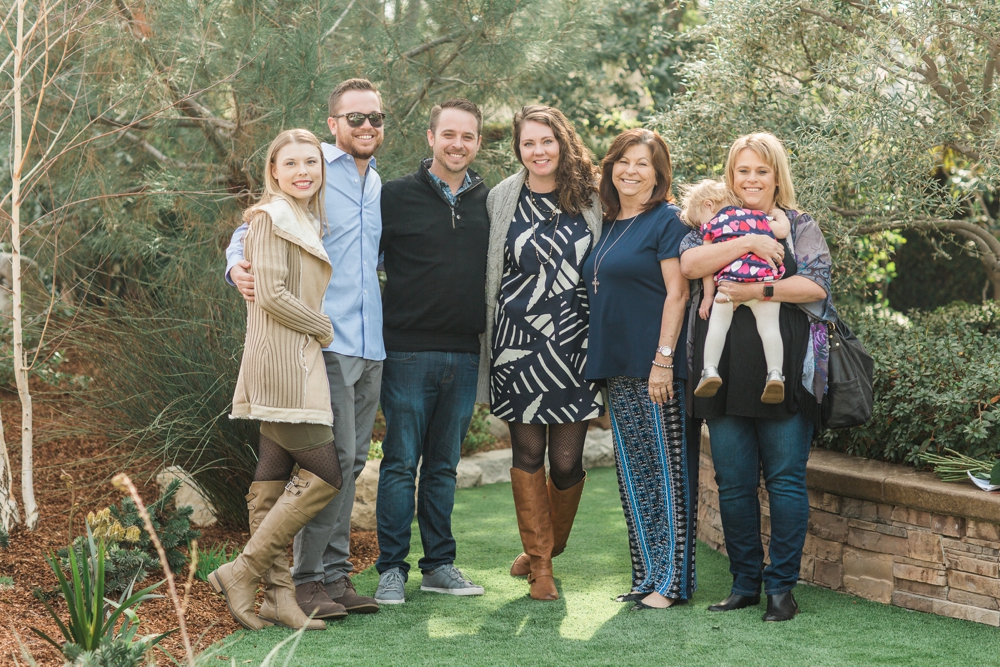 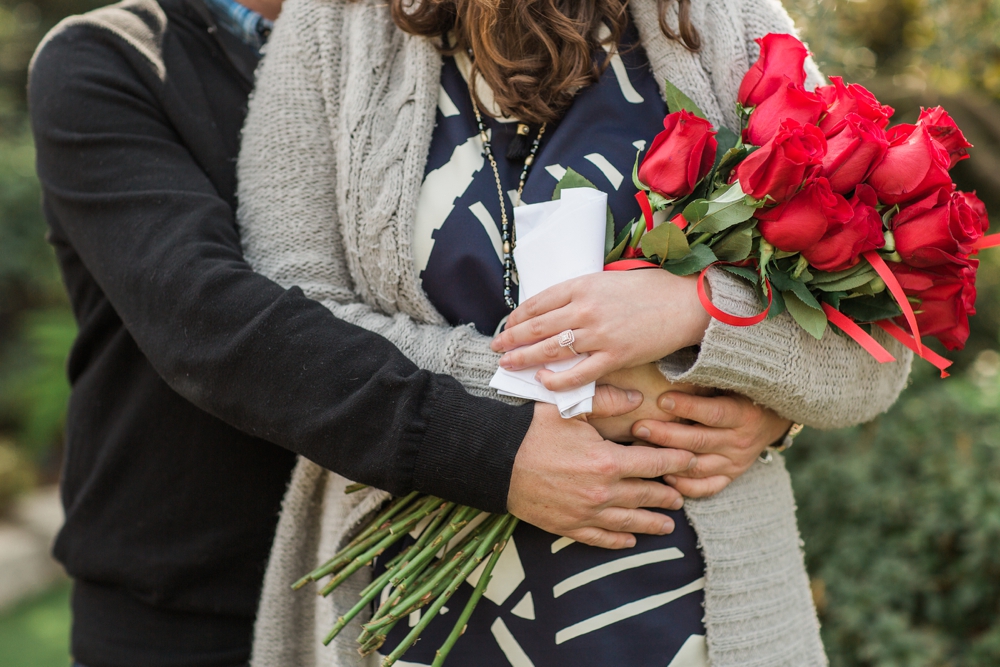 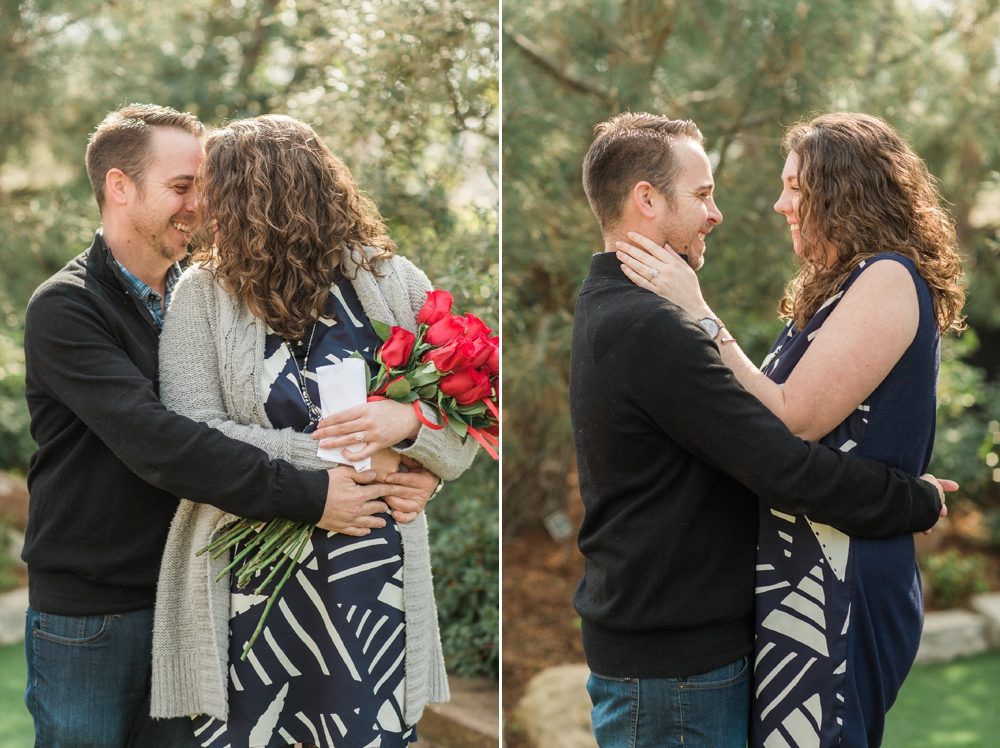 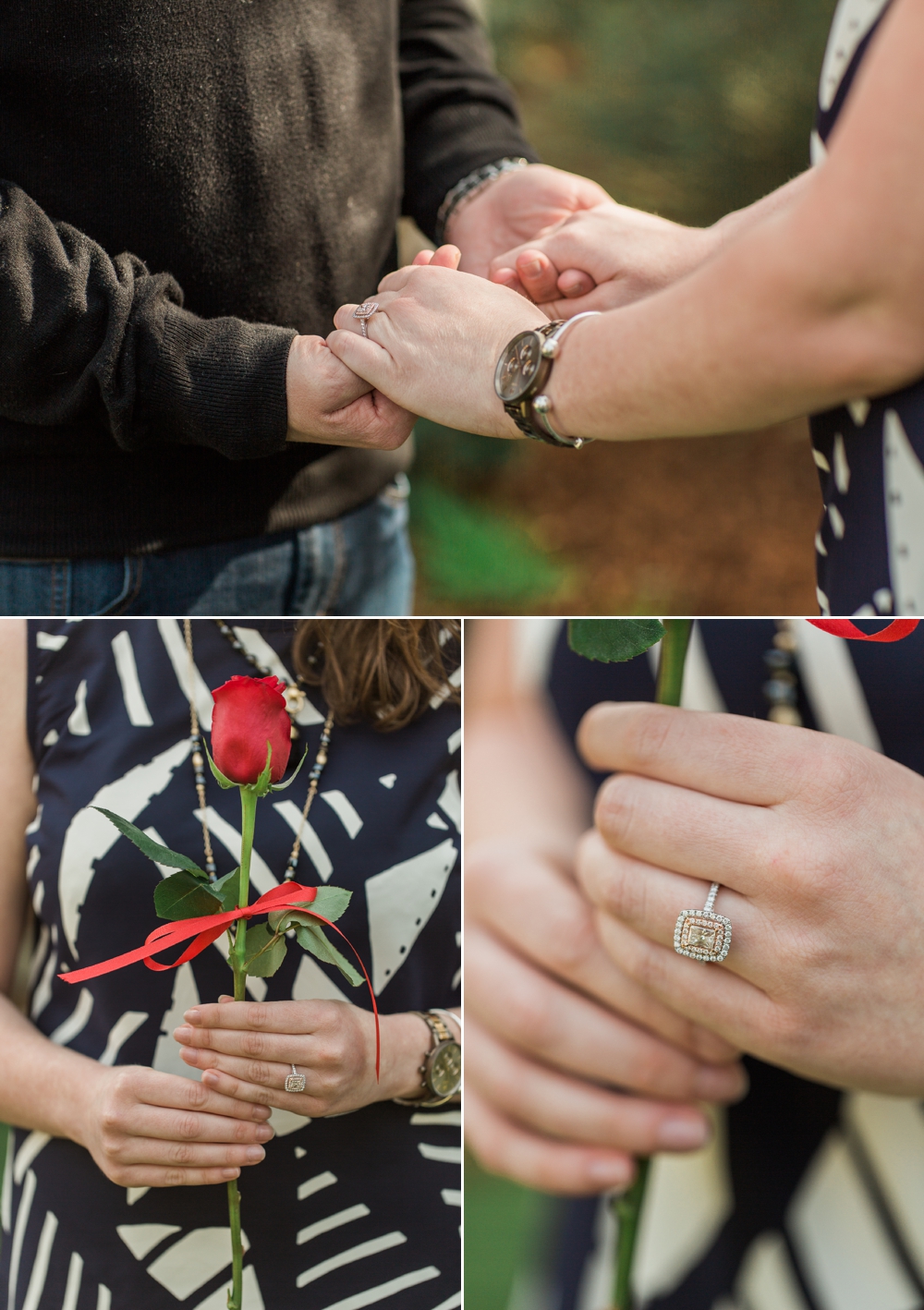 View the proposal video by our friends at Evermoore Films: 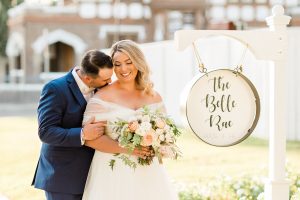 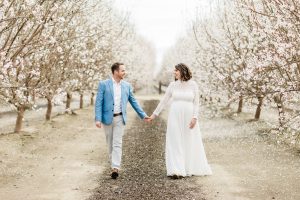